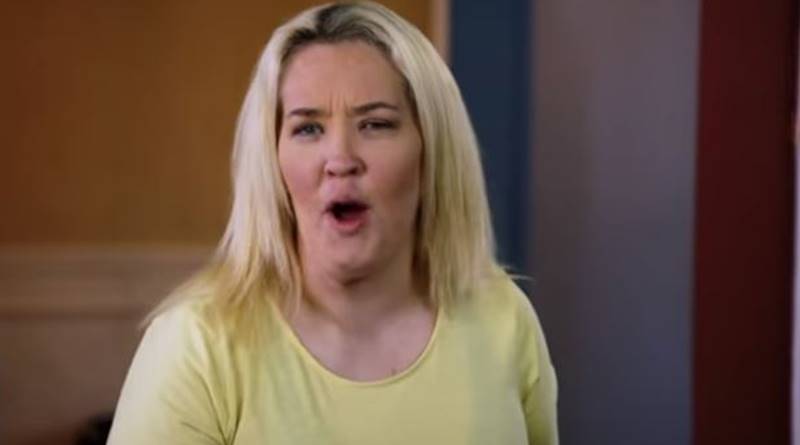 Mama June From Not to Hot: Family Crisis premieres in March on WEtv. A very short trailer for Season 4 dropped, showing June’s “missing person” pic on a milk carton, while Honey Boo Boo eats her cereal. Other than those two, nobody else is seen. But fans now ask if Anna and Jessica, June’s other two daughters might appear in the next season.

Mama June From Not to Hot – did Gina Rodriguez hint Anna and Jessica return?

Last season, fans of the show saw the family intervention fail with June Shannon. Despite daughter Alana crying and pleading, it didn’t stop June from taking off with boyfriend Geno. Subsequent intervention attempts by June’s sister failed to elicit a response from June. It seems she’s determined to remain estranged from her daughter Lauren (Pumpkin) and Alana (Honey Boo Boo).  TV Shows Ace reported that at Thanksgiving, Alana and Pumpkin would not see their mom. But, we reported that they might spend some time with their other estranged sister, Jessica.

Of course, fans also know that there’s a fourth daughter who stays out of her mother’s limelight as well. That’s Anna, who accused June’s ex of child molestation. That may account for TLC axing Here Come honey Boo Boo. ABC reported that “Mama June…was dating Mark McDaniel…previously convicted of molesting her oldest daughter, Anna.” But might fans see Anna and Jessica in Mama June: From Not To Hot Season 4?

Anna and Jessica in a promo with Gina Rodriguez

Gina, the manager for Alana often features in the show. Now, she took to her Instagram and shared what looked like a promo for something. She, Jessica, and Anna featured in it. You can see the post below. But the interesting thing is, it’s not clear what promo they’re up to. With the new season premiering in March, maybe it’s for that? Some fans really hope so and asked Gina who, unfortunately, never replied.

However, it’s interesting to note that Gina’s listed as the manager for Anna, Jessica, Alana, June, and Pumpkin.  At this time, nobody seems to be saying much more about the potential return of Anna and Jessica in the next season of Mama June: From Not To Hot. But judging by the comments on Gina’s post, fans seem anxious for a return. One said, “Can’t wait to see what these two young ladies have been up to!”

My girls are in LA and we’re working !! @jessicaaa.shannon @annamarie35 🎬 @dailymailtv

Trailer hints that Mama June does feature in Season 4

In the new trailer, the only mention of June is when the narrator says, “What’s it gonna be like when Mama finally comes home?” Well, it seems the show focuses on the girls, Alana and Pumpkin and the family, rather than June who’s off with Geno. It’s quite possible that Pumpkin and her other sisters all come together over June. The possibility exists then, that we may see Jessica and Anna in the Mama June From Not To Hot Family Crisis season.

Would you like seeing Anna and her sister Jessica in the new season? Sound off your thoughts in the comments below.

Remember to check back with TV Shows Ace often for more news about the upcoming season of Mama June: From Not To Hot.

‘Sister Wives’ Fans Think Kody Brown ONLY Loves Robyn
‘When Calls The Heart’ Season 8: Will Dr. Carson Shepherd Get A Second Chance At Love?
‘Young Rock’: Was Andre The Giant Related To ‘The Rock’?
‘Hair Color Or Lighting?’: Joy Duggar Fields Fans’ Questions Once Again
After Meeting In A Hallmark Movie, Two Stars Are Engaged!