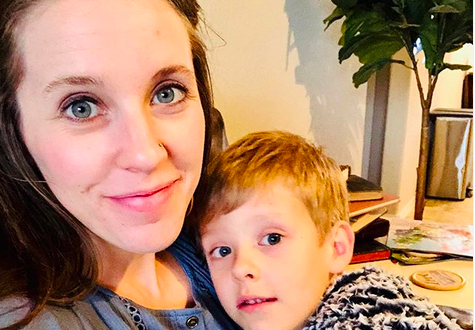 In the past few months, Jill Duggar Dillard has been sharing social media posts including one friend in particular. This friend happens to be involved in a multi-level marketing (or MLM) business, which has gotten Jill some backlash.

MLMs are generally thought of negatively because few people actually benefit from them. And, it’s typically those at the top that do. Some MLMs are also known as pyramid schemes for this reason too. So, Duggar fans don’t think it’s necessarily a good thing that Jill is sharing all about her friend being a part of an MLM business.

Now, it’s not uncommon for Jill and the rest of the family to get backlash from their audience. Any celebrity, reality TV star, and public figure is going to get some hate. But, Duggar fans are especially upset about this.

Most recently, Jill shared about the products on her Instagram story. She shared a few before and after photos and wrote about the items she tried. Up to this point, she has mentioned her friend and has shared very little about the company. But, in the most recent stories she shared, it seems that Jill is promoting the products.

As TV Shows Ace previously reported, there was a big emphasis on how Jill looks like she is aging quickly. Many of her followers, fans, and critics alike noticed this.

Based on Jill’s pictures, fans feel that she is promoting the MLM, which was not well-received.

But, her speedy aging is not the only thing Jill got attention for. Her followers are also upset that she is promoting the MLM.

On Reddit, some critics of the Duggar family began discussing the whole thing. One brought up the question of whether Jill was paid for the posts she shared on her Instagram story. It’s possible, as Jill has 1.6 million followers. That’s a pretty good way for her friend to get more people hooked.

Someone replied, saying, “I doubt she’s paying her but … She’s getting it for free.”

One Reddit user also pointed out that Jill said her followers asked about her skincare routine. They wrote, “Must have been her friend then that asked a few posts ago about jills skincare. I saw it and I was like wtf but now it makes sense.”

Another user said that they feel bad for Jill. They said, “Of course the MLM nut is using Jill to sell her shit. I actually feel bad for Jill on this one because she probably thinks she has a real friend, when in reality the girl is just seeing money signs around Jill.”

What do you think of the whole thing? Do you see a problem with Jill promoting an MLM, or do you think she’s just being a supportive friend? Leave a comment and share your thoughts below.