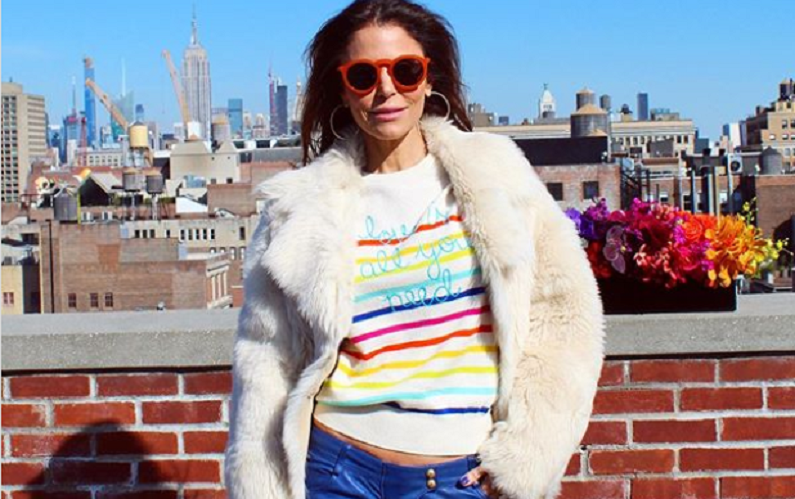 Bethenny Frankel is returning to reality television. But it’s not what you think. She wants to shift the focus on her business rather than her personal life this time around. The RHONY alum will lead the new Apprentice-inspired competition series for HBO Max. The new series titled The Big Shot with Bethenny will feature contestants competing for a VIP spot on Bethenny Frankel’s business team.

She previously showed off her housewife skills. Now she’s showing off her business chops. Bethenny Frankel stars in this new reality business competition. HBO ordered eight half-hour episodes on HBO Max, a new streaming service that will launch in May. The show is produced by Mark Burnett, MGM Television, and Bethanny Frankel’s B Real Production, which also produced the Bravo series, Bethenny & Frederick.

As OK! Magazine reported, Bethenny Frankel announced her new reality competition series on Wednesday, Feb. 19 on her Instagram page. The SkinnyGirl founder took to Twitter to share the exciting news.

“Did you miss me? I’m BACK… in my new show,” Bethenny Frankel wrote. “It’s personal. It’s business… and EVERYTHING is my business.”

Did you miss me? I’m BACK…in my new show. It’s personal. It’s business… and EVERYTHING is my business. #theBIGSHOTwithBETHENNY
Click here for all the details: https://t.co/VkeeUPn5i4@hbomax @MGM_Studios pic.twitter.com/lWkyazNzAQ

The Big Shot with Bethenny will include a combination of “real-life tasks and challenges” for the contestants to take on. According to the show’s description, the business mogul will test the contestants “to see how far they can push their creativity and determination to rise to the top.” It’s not going to be an easy journey though. Bethenny only expects the best from her contestants.

This is not her first time in a competition. Before she became a Real Housewife, Bethenny Frankel was a contestant on NBC’s reality business competition series, The Apprentice: Martha Stewart in 2005, where she came in second. Three years later, she made her big debut on The Real Housewives of New York, which became one of the most popular Bravo shows. Back in August 2019, Bethenny announced her exit from the series to “explore my next chapter.”

Bethenny’s “final act as a Housewife” was casting Leah McSweeney

As Showbiz CheatSheet reported, her “final act as a Housewife” was connecting Leah to Bravo producers who ended up casting her. Leah will appear on Season 12 of The Real Housewives of New York. In the new trailer, Leah is heard calling her fellow castmates “hot messes.”

Sources told People that Bethenny was considered for Season 12 of RHONY. She rejected the deal to focus on her new endeavor. An additional source told the outlet that Leah is introduced as a friend of Bethenny’s. But without Bethenny, it wouldn’t make sense. Instead, the storyline for Season 12 is that Leah is Tinsley Mortimer’s friend since she doesn’t know anyone else in the cast.

The Real Housewives of New York Season 12 premiere on April 2 at 9 p.m. ET on Bravo.

What are your thoughts on Bethenny Frankel’s new show? Will you tune in? Sound off below in the comments section.