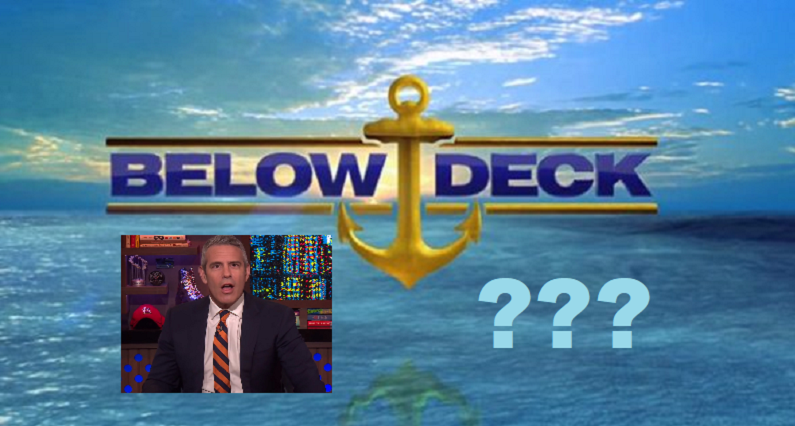 Andy Cohen got major backlash for the way he treated the Below Deck reunion. Fans felt he was too harsh on the women and not harsh enough on the men. They accused him of siding with the men. They also felt that the Bravo executive producer didn’t ask the right questions. The Below Deck reunion left people feeling frustrated and empty inside. Case in point was the Southern Charm and Summer House reunion episodes.

Even though Andy has avoided Twitter, he still caught wind of the backlash. He offered his side of the story during his Sirius XM radio show on Wednesday morning, Feb. 19. He admitted that he was worried that callers were going to bash him for hosting the reunion. But Andy found that most of the callers were supportive.

As Radar Online reported, Andy Cohen confessed that he had some regrets about his hosting abilities during the Below Deck reunion. He admitted to a caller on his Sirius XM radio show that he probably shouldn’t have asked Courtney Skippon if she and Brian de Saint Pern dated after the charter season. Andy exclaimed that the question was just a joke. There were moments in other Bravo reunions where castmates hated each other but hooked up that same night.

During the radio show, he also addressed the backlash he received following the conclusion of the Below Deck reunion on Monday, Feb. 17. Fans felt that he wasn’t harsh enough on bosun Ashton Pienaar, as OK! Magazine reported. It all started when a caller defended Andy’s hosting abilities and his support for the men on the show.

Andy said that it was not his responsibility to bash the men. He feels there was plenty of bad behavior to go around, on both the men’s and the women’s sides.

“Everyone kind of behaved like a**holes at one point or another,” Andy said. “And the point of the reunion is for both sides to say what they have to say.”

He also admitted that the men treated the women poorly. Below Deck Season 7 had an obvious divide between the female and male crew members.

“So, I just want to say do I think the guys behaved horribly? Yes, of course. You can’t kiss someone who doesn’t want to be kissed. Or talk about slapping someone with your d***. And people are really upset specifically with Ashton.”

Andy still feels that Ashton is genuinely sorry. He explained that Ashton sat there for four minutes “with tears in his eyes.” Andy was genuinely moved by the bosun’s apology. That’s also the reason why he was softer on him than fans wanted him to be.

Below Deck is one of Bravo’s highest-rated shows. But it’s still not on Andy’s radar. Fans wondered why he didn’t hold the men accountable for their actions. He claims that he only hosts the reunion shows. He has nothing else to do with them.

“I am more of a hired hand as the host of the Below Deck reunion,” he admitted. “I don’t have anything to do with Below Deck. I’m not a producer.”

Andy admits that he has “failed” the Below Deck Fans. He even apologized during his radio show for the way he handled the reunion. Moving forward, Andy wants to “get people to own their behavior.” But he still continued to show support for Ashton.

He also revealed that he constantly asked the production team if he was harsh enough on the men. Production told him that he did a fine job. He also blamed a procedure he had done on his forehead. Andy revealed that he was “in a lot of pain” and had to take “painkillers” before hosting the two-hour reunion.

What are your thoughts on what Andy Cohen said during his Sirius XM show? Do you accept his apology? Sound off below in the comments section.