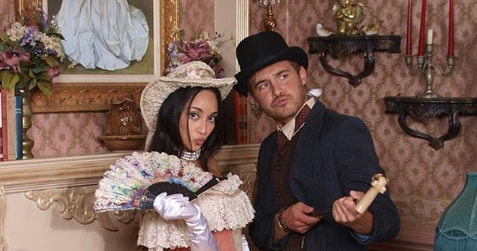 Fans are wondering who the ex-girlfriend of Peter Weber was who showed up on the latest episode to give him a message. It was during hometowns when he’d gone to Victoria Fuller’s home of Virginia Beach.

Her name is Merissa Pence. She had lived in LA while dating the pilot but moved back to Virginia a couple of years ago. She tracked him down and spoke with him in private on the latest episode of The Bachelor. It meant drama for Victoria Fuller.

What Did Merissa Have To Tell Peter About Victoria Fuller?

Merissa showed up after somehow Victoria Fuller, or the producers, arranged another country concert for her and Peter. Her face was blurred out but fans could hear the conversation. Merissa warned him to be careful. Merissa told US Weekly Victoria is not the coy person she plays on the show. According to Hollywood Life, she said Victoria acted, “self-centered” on a night out with friends about her fame and going to The Bachelor before she ever left.

She said something along the lines of, “you don’t deserve what you’re with right now.” Ouch, she must really not like Victoria Fuller. Of course, when Peter confronted her she shut down, cried and then tried to guilt him into apologizing for attacking her. She finally walked away and cussed about how she can’t catch a break. She also told Peter she was falling in love with him. Merissa had mentioned she broke up a few relationships and that Peter needed to be careful. Peter was hit hard by the sudden shift in mood after he’d had such a great date.

Who Is Merissa Pence?

Peter and Merissa dated in 2012 and according to the site, there is still a picture of them on her Instagram page. She had called the relationship casual and said they were friends for a while after they parted ways. She met Victoria Fuller through mutual friends.

Like some of the women going after Peter’s heart, she modeled for FIDM and was Miss Teen Virginia. Now she is a Marketing Coordinator and teaches kickboxing in her spare time. To a lot of fans’ surprise, Peter ended up keeping Victoria Fuller and sending home Kelsey Weier. He also kept Madison Prewett and Hannah Ann Sluss for his final three. He obviously took what Merissa said to heart, and fans just hope he doesn’t let Victoria play him in the end and he ends up truly happy.