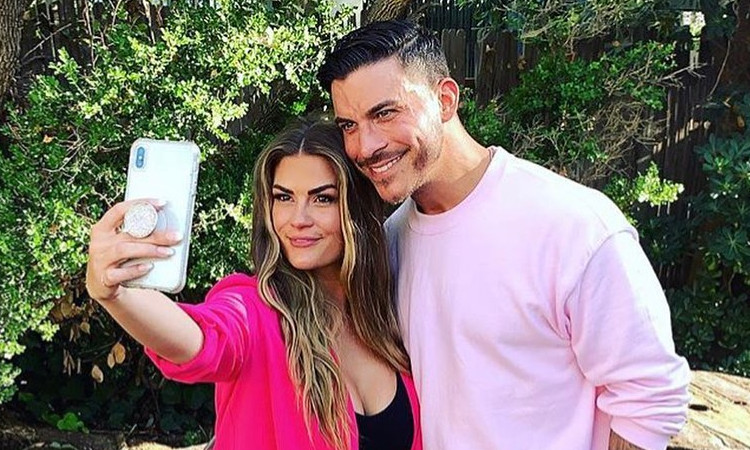 Vanderpump Rules stars Brittany Cartwright and Jax Taylor got engaged in April of 2018. They set their wedding date for the summer of 2018 in Brittany’s home state of Kentucky. A pastor close to her family was hired to officiate the wedding. Unfortunately, in early 2019, old homophobic and transphobic tweets from the pastor resurfaced on social media.

When the news broke, Brittany and Jax seemed to react swiftly and fired the pastor immediately. N’Sync member Lance Bass was tapped to replace the pastor. However, Bravo cameras caught the fallout playing out differently.

The February 18 episode of VPR began with Lisa Vanderpump discussing with her husband, Ken Todd, how her phone was blowing up from the pastor situation going viral on social media. Much of the rest of the episode revolved around Brittany’s co-stars… Around them purposely NOT bringing the subject up. This way they did not upset the bride-to-be.

The group goes out to celebrate the upcoming wedding. Sandoval decides that is the right moment to ask Jax about the pastor. The TomTom co-owner asks Jax why nothing was done about the pastor situation until after Lisa Vanderpump brought it up. Jax responded by immediately shutting down the conversation and walking away.

Then, he went over to tell everyone else what a jerk Sandoval is for bringing it up “TWO WEEKS BEFORE MY WEDDING.” The only one who sided with Sandoval was his girlfriend, Ariana Madix. The other co-stars, who had just been discussing it privately in the previous scenes, agreed that Sandoval shouldn’t have brought it up.

The Majority of Fans are Team Sandoval

Vanderpump Rules fans rushed to social media during and after the episode to share their thoughts. If Brittany thought fans were angry before… Many fans pointed out the hypocrisy of attending Pride parade and then excusing homophobia because the person is a family friend.

So Brit is pro gay in California but against gays when she is in Kentucky?? She just said this! Thats crazy! #PumpRules

Some fans took exception to Brittany saying she has to act differently when in Kentucky compared to when she’s in Los Angeles.

Other fans don’t believe Jax and Brittany’s side of the story. The couple claim to have fired the pastor immediately, but Sandoval pointed out that the old tweets resurfaced several times, starting months before the wedding.

During the argument, Brittany did cop to knowing about the tweets and asking the pastor about it. She said she “chose to believe” her family friend when he denied being homophobic.

However, fans weren’t here for Brittany’s excuses. Sandoval’s implication was that Brittany and Jax wouldn’t have fired the pastor if Lisa Vanderpump hadn’t intervened. Many fans agree with his assessment.

Brittany & Jax a 100% had no intention of firing their pastor until they got publicly called out. And then they act all offended when they get questioned. They are both assholes. #PumpRules

The embattled VPR star spent most of Tuesday night defending himself and his wife on Twitter.  Jax often engages and debates with fans before blocking them altogether if they disagree.

In one of many tweets, Jax compares the pastor situation to the Max Boyens situation. Last month a deep dive into Max’s social media revealed a significant number of racist tweets when he was younger. Lisa Vanderpump expressed her disappointment but ultimately, the TomTom manger remains on the show.

Exactly… crazy how max still has a job. I didnt see him go after him after all the comments he made… crazy how people are forgetting that. https://t.co/GxiN61s1YC

According to both Sandoval and Jax, the situation will continue to play out on this season of Vanderpump Rules. However, one fan is over Jax and Brittany.

So Jaxass and Bitchany,
The whole internet and all your friends have been wondering why you keep the homophobic pastor.
Sandoval is the ONLY friends who's asked you to your face…

No, YOU GUYS will never get back from this to the audience. BYE#PumpRules pic.twitter.com/K7ObMthYR2