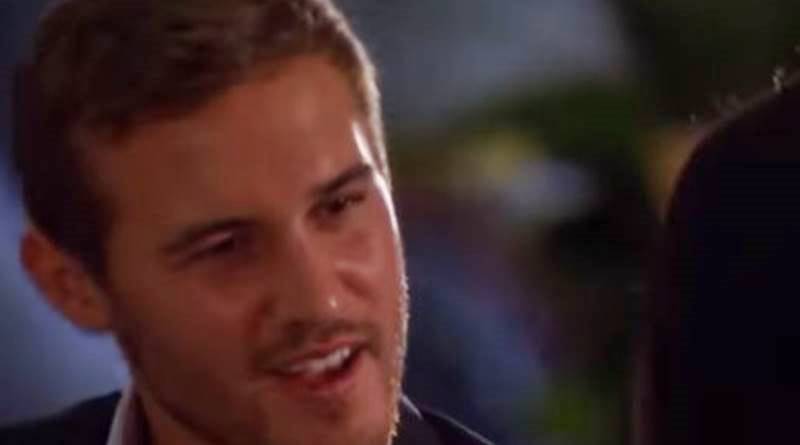 The Bachelor fans saw a woman approach Peter when he went on his Hometown date with Victoria Fuller. Although her face got blurred out, it turns out her name’s Merissa Pence. Dissing on Victoria, it seemed likely that the ABC show contacted her and flipped her into the storyline. However, she claims that she acted of her own free will and the show never scripted that in.

TV Shows Ace reported that when Merissa called out to Peter during the Hometown date, she warned him off Victoria. Peter seemed really happy to see her as they dated back in 2012. She told him that he deserved better, noting Victoria’s “self-centered” and on the show for the wrong reasons. Later, Peter spoke to Victoria about it and got all emotional.

It looked very much as though the producers dug up this ex and got her there for the drama of the storyline. After all, why not? They managed to involve Chase Rice in Victoria’s storyline as well. Recall that Victoria danced and made out with Peter as he serenaded them. Apparently, they previously dated briefly. Well, it turned out that Chase never knew what was planned and later claimed he went on The Bachelor for music exposure. Plus it emerged they hardly dated at all.

Merissa pence claims she went there off her own bat

Speaking to ET Online, Merissa said she acted on her own. Apparently, she couldn’t contact Peter Weber by phone, so went to watch the filming of the Hometown date. Merissa noted, “I went there with no intentions or knowing I was going to talk to Peter.”‘ She then added, “I took it upon myself to call out his name and have a conversation with him.”‘

Obviously, Peter thought well of his ex, given that he actually took it on board to talk to Victoria about it. It seemed that Victoria and Merissa knew each other and allegedly she broke up some mutual friends. Saying that she acted altruistically, Merissa felt she acted in the best interests of Peter in his season of The Bachelor. Victoria and Merissa ran into each other in Virginia Beach since they filmed the scene. Naturally, Victoria gave her a few choice words.

Over on Twitter, many fans grew upset when Peter kept Victoria and sent Kelsey away. Already unpopular, the news that Victoria allegedly previously broke up couples didn’t go down well. One critic noted, “Lied about dating Chase Rice, May have broken up marriages, Plays victim 100% of the time, Constantly twists Peter’s words, A manipulative liar,” and more. Ouch!

Victoria F.:
-Lied about dating Chase Rice
-May have broken up marriages
-Plays victim 100% of the time
-Constantly twists Peter’s words
-A manipulative liar
-Designated crazy person
-Runs away instead of having a conversation

What do you think about Peter Weber’s ex, Merissa Pence claiming her scene was not scripted and she acted entirely on her own? Sound off your thoughts in the comments below.

Remember to check back with TV Shows Ace often for more news about The Bachelor 2020.