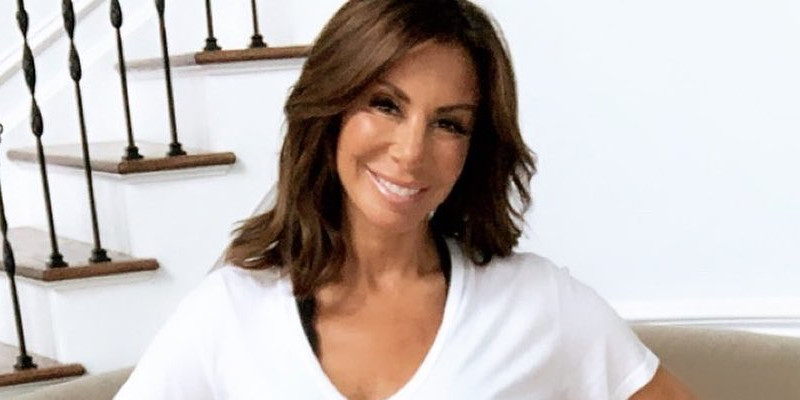 The Real Housewives of New Jersey’s Season 12 is going out with a bang. With just two episodes left in the season, the reunion episodes are wrapping up filming. Former enemies Teresa Giudice and Danielle Staub started the season as friends but ended on bad terms.

Fans are finally getting a glimpse of what went wrong in the friendship. On the February 19 episode, some shocking information was revealed that some fans compared to the ‘Who Shot J.R.?’ storyline on Dallas.

Earlier in the season, Danielle and co-star Margaret Josephs got in a physical altercation when Danielle tugged Marge’s ponytail. Danielle later claimed that Teresa egged her on, but no one – least of all the fans – believed her.

Well! Bravo went in hard for RHONJ darling, Teresa, by airing never-seen-before footage of the fight between Danielle and Margaret. Teresa’s sister-in-law, Melissa Gorga, met with Danielle away from the other ladies. She wanted to tell Danielle that no one wants her around because she’s “violent.”

In response, Danielle revealed the tidbit about Teresa’s encouragement. Melissa had a hard time believing it, but Bravo showed the receipts for the benefit of viewers. In the unaired footage, Danielle whispers to Teresa, “He wants me to pull her [Margaret] ponytail.” The damning smoking gun is Teresa telling Danielle to “do it, do it, do it” as the two dissolve into giggles.

Fans Lose It on Twitter, Bow Down to Bravo’s Shady Producers

TV Shows Ace recently reported on The Real Housewives of Orange County star Tamra Judge’s accusations that Bravo’s producers are shady AF. Allegedly, they edited one-on-one interviews with cast members to make it seem like a conversation between Tamra, Shannon Beador and Vicki Gunvalson. To top it off, Tamra alleges that the audio was then aired over footage of an empty SUV traveling down the road.

You would think by now that all of the Real Housewives would know that Bravo films everything and they aren’t afraid to use it.

Use it they did and fans loved every second of it. Here are a few of the tweets showing appreciation for the shade.

I love it when there's footage and editors have no alliance and show it #RHONJ pic.twitter.com/PRkdPRpWMx

Damn those reciepts tho they got it on the mic #RHONJ pic.twitter.com/C0jnQZf5OD

AllAboutTheTea dropped some bombshells of their own about the RHONJ Season 12 reunion taping. Sources tell the site that Danielle refused to come on stage for an hour after finding out she would be seated separately from the RHONJ cast. Reportedly, none of her co-stars wanted to be near her and wouldn’t allow her on the couch.

Allegedly, Danielle responded by screaming and acting like a ‘psycho’ at the end of the taping. It was so serious that the other women left through another exit.

Fans will have to wait a few more weeks to see how the reunion taping went. However, Danielle’s alleged reaction is shades of Vicki Gunvalson at The Real Housewives of Orange County reunion when she threw a tantrum over not sitting next to host Andy Cohen.

Coincidentally, Danielle also announced that she will leave the Bravo franchise after the current season. Vicki also quit RHOC after the Season 14 reunion taping.

Season 12 of The Real Housewives of New Jersey has one episode left. The show airs Wednesdays on Bravo.

Sneak peek of next week's season 10 finale of #RHONJ🍕

Teresa calls Danielle to clear up the sitdown with Melissa. pic.twitter.com/ykzummjlnA