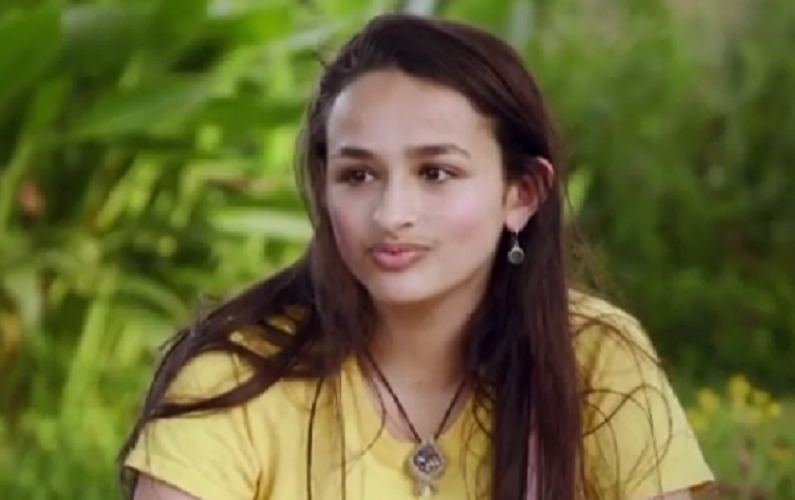 I Am Jazz Season 6 is the most dramatic season yet. It shows the transgender advocate dealing with choosing the right school, undergoing her last gender confirmation surgery, and meeting up with her ex-boyfriend.

Jazz Jennings, the 19-year-old star of the TLC series, has always been honest about her struggles with gender dysphoria. She underwent gender confirmation surgery to feel at peace with her body. Jazz is also encouraging other young transgender people to do the same.

The latest episode of her reality series gets really heated. On the Feb. 11 episode titled “Born This Way,” Jazz met with her friend JoJo and her grandmother. JoJo is another transgender teenager who wants to have top surgery. Unfortunately, her grandmother doesn’t feel the same way. The conversation gets so intense that Jazz has to excuse herself from the room.

Intense conversation with her friend’s grandmother leads to walk-out

Jazz sat down for a conversation with Heather, JoJo, JoJo’s grandmother, Nora, and Jazz’s mom, Jeanette Jennings in the latest episode of I Am Jazz. The group sat down for an important conversation about gender dysphoria and top surgery, as reported by Showbiz CheatSheet. Jazz and Jeanette made it clear that they did not want to “overstep any boundaries.” They just wanted JoJo’s grandmother to understand why this decision is so important for JoJo.

JoJo told her grandmother that she always knew that she was a girl. Nora exclaimed that JoJo shouldn’t figure out her gender dysphoria in her teens. She felt like her granddaughter was too young to make such a big medical decision.

“At 15, especially at that age, I don’t think surgery is just the right answer like that,” Nora explained. “Wait until you’re 18.”

JoJo reminded her grandmother of her suicidal past and severe depression. She feels that top surgery would help her with her gender identity. Jazz was clearly uncomfortable during the tense conversation. She didn’t like it when JoJo’s grandmother would interrupt rather than listen to her own granddaughter.

Jazz even told producers that she couldn’t stick around. Things got so tense that she had to leave the room. The I Am Jazz star started to breakdown and cry.

“There’s a lot I want to say. But I gotta go for a sec,” she exclaimed.

I Am Jazz star shares her struggles with gender dysphoria

Prior to the tense scene, Jazz wanted to take her friends, JoJo and Noelle, on a trip to Butterfly World in Florida. She hopes to inspire them to start their own gender confirmation journeys. Jazz told producers that she felt motivated after her surgeries.

“I feel like I am in a really good place to help my friends who are going through their own transitions,” she explained.

In the scene, JoJo said that her gender dysphoria made her feel depressed. She exclaimed that it was so bad that she didn’t want to get out of bed and go to work. There were moments where she stayed in bed and wished she could turn into a girl. Jazz related to her story and encouraged JoJo to embark on her own journey. But can it happen if JoJo’s grandmother won’t even listen to her?