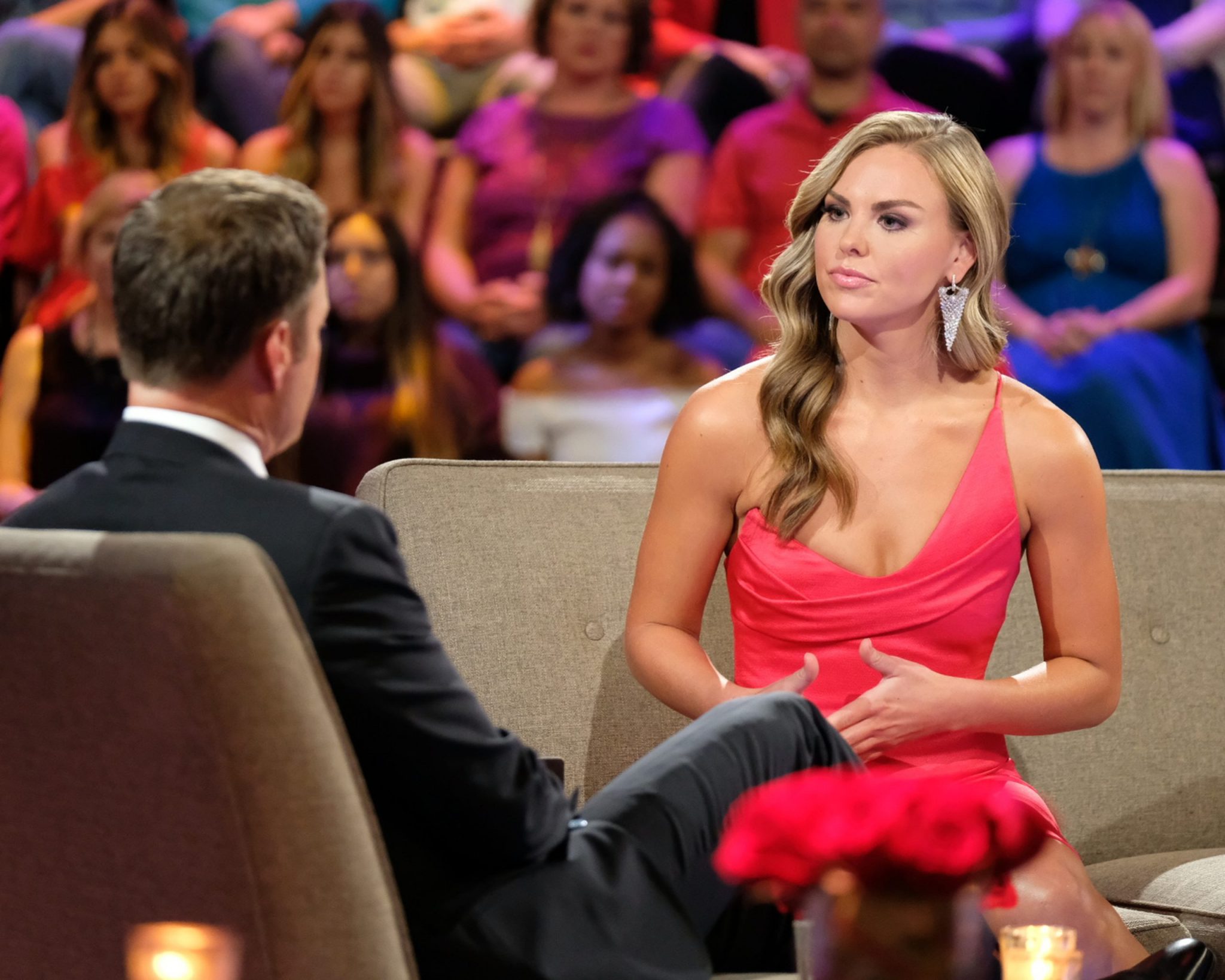 Hannah B. may have been the lead in The Bachelorette Season 15, but that hasn’t stopped speculation that she could be the lead again. Many have wanted to see her try again at finding “The One,” but that isn’t likely to happen.

Not only is there no precedent for this to happen, but Reality Steve has ruled out the possibility due to Dancing with the Stars. Hannah can’t be in two places at once, and she’s going to be on tour with the dancing show while filming for The Bachelorette Season 16 takes place.

Rumors of Hannah B. Being the Lead Again

While it’s never happened before on The Bachelorette fans have wondered whether the producers would make Hannah B. the lead again. She’s gained great success since her time on The Bachelor, proving to be one of the most entertaining leads on the spin-off show in recent years. Since she never found true love in her season, fans think it’s right that she heads back to the competition to try again.

Rumors started circulating back in September 2019. Hannah posted a picture of her and Bachelor Nation host, Chris Harrison, in front of the Bachelor House. She captioned it with a tease that she was looking for a win and that “third time’s the charm.” It turns out that she was there to introduce the new women vying for Peter Weber’s heart, but it didn’t stop rumor and speculation.

we’re back! i’m looking for a win on reality tv.. maybe the third time’s a charm? 🤞🏻

Rumors continued when Peter Weber asked Hannah to join his contestants during the recent season of The Bachelor. She declined, despite there being a connection between them. Was this because production wouldn’t allow her to remain or because she wasn’t interested? It sparked a rumor that she may have been offered the chance to be the ‘ette once more.

Hannah B. Can’t Be on The Bachelorette Season 16

Reality Steve makes it very clear that it’s not possible for Hannah B. to film the next season of the reality spin-off. She’s officially booked on the cast of Dancing with the Stars on tour, and the dates will clash with filming of The Bachelorette.

There is absolutely no way that Hannah can be in two places at once. There’s also no way that production would push back filming so that they can have Hannah in the newest season. Filming has to be on a strict timeframe to make sure the episodes are ready for May 2020.

Many fans are happy to hear Hannah isn’t doing another season. It’s not because they don’t like her. In fact, many are happy to see that the star is thriving in her own right. Speculation has now moved to Kelsey Weier being the next Bachelorette.

Who do you think should be the next lead on The Bachelorette? Share your thoughts in the comments below.

The Bachelorette begins sometime in May 2020.