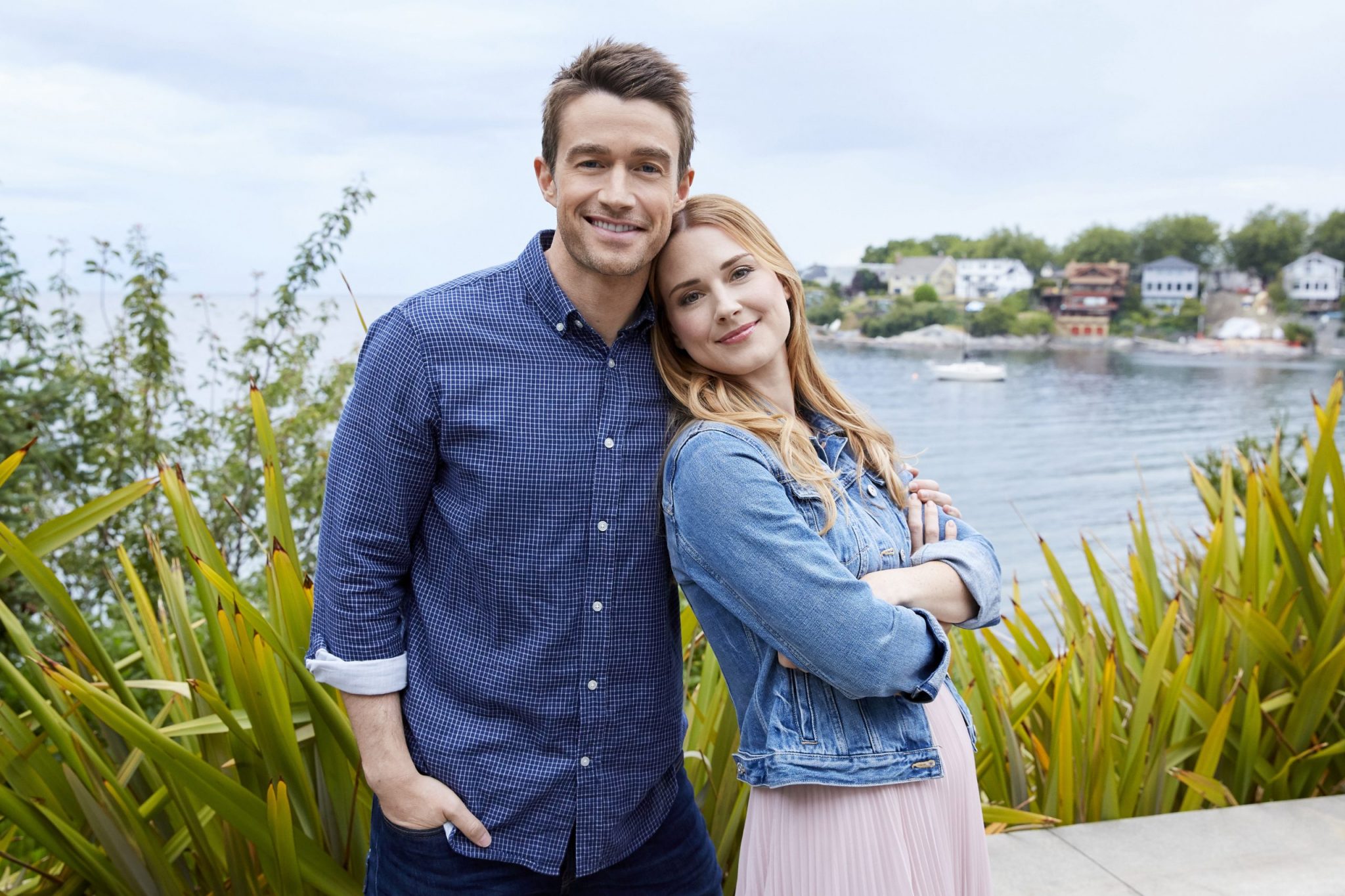 What happens when warring co-hosts find romance? In Hallmark’s Love In Store is the story about competing shopping network co-hosts who turn to each other, after she is publicly humiliated when her boyfriend dumps her when she is on tv live! Starring Alexandra Breckenridge and Robert Buckley as the mercurial tv couple, and the entertaining Jackée Harry as the network star.

What Is Love In Store About?

Terrie (Breckenridge) and David (Buckley) are a shopping channel’s co-hosts. Both have drastically different onair styles and are constantly bickering. According to Deadline,  the big network star Sharyn (Harry) is going to retire. Now, both are competing for her job.

When another co-host goes into early labor, both Terrie and David need to step in. While demonstrating a high-tech umbrella, Terrie turns on her phone to show the function. Instead, she is shocked to find a breakup text from her boyfriend, and she is left speechless. Everyone knows that dead air is the cardinal sin of television, but David swiftly steps in.

Now, the two are a big hit with fans and with each other. But, when Terrie’s ex comes back into the picture, trying to get David to help him win Terrie back, David holds back his feelings. Will Terrie see who really holds her heart?

Where Can You See Hallmark’s Love In Store?

Hallmark’s February Is Love Ever After

February is nearly over, but there are still two Love Ever After movies left.  TV Shows Ace has been sharing the details and showings of Valentine’s themed movies. 2020 has been a banner year, with a lot of fun and tender romances.

Fans loved the first Love Ever After movie,  A Valentine’s Match, starring Bethany Joy Lenz and Luke Macfarlane. They had great chemistry in this offbeat romance.  Can Mr. Single find love with a matchmaker? Matching Hearts, starring Ryan Paevey and Taylor Cole is the second movie of the month.  Last week, The Secret Ingredient was a tasty bake off between two high school sweethearts who went their separate ways. Brendan Penny and Erin Cahill have million dollar smiles and a lot of spark in this competition style Valentine’s Day romance.

Be sure to check back with TV Shows Ace for the latest Hallmark news. The next Love Ever After movie, Love In Store, premieres on Saturday, February 22, at 9 p.m. Eastern, on the Hallmark Channel.