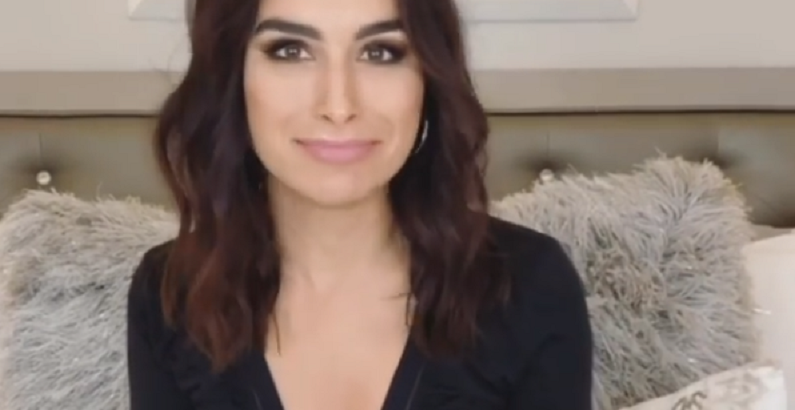 Most of Bachelor Nation don’t believe him either. They don’t like how Peter has treated his romantic conquests this season. They feel that he is way too indecisive. Peter has since defended himself, saying that a man can be indecisive when he is dating several women at once.

Peter Weber is “infatuated” with the three remaining contestants

As KSAT.com reported, Ashley Iaconetti attended the premiere of Onward on Tuesday night, Feb. 18. But she wasn’t alone. She was also there with Bachelor alum and husband Jared Haibon. The married couple were reportedly having a date night.

She spoke to Entertainment Tonight’s Keltie Knight about the latest episode that is still on everyone’s minds. It was an explosive night with the hometown dates. In that same episode, Peter revealed that he’s in love with Hannah Ann Sluss, Madison Prewett, and Victoria Fuller. But, Ashley doesn’t believe him. She feels that it’s a case of infatuation.

“I think he’s infatuated with three people,” the Bachelor alum said. “Because that was recorded in November, if you go ask him now, I bet you he’ll say he was only in love with one person for real.”

Ashley doubts that Peter is head-over-heels in love with Victoria. Monday night’s episode featured Peter’s ex-girlfriend, Merissa Pence, who warned him about Victoria. She claims that the Bachelor contestant has ruined several relationships.

Peter later confronted Victoria about it, and she burst into tears. She also exclaimed that she was going to say she was falling in love with him before their fight began. But, does he really love her? Or, does he love her craziness? Ashley feels it’s the latter.

To the disappointment of Bachelor Nation, Peter sent Kelsey Weier, not Victoria, packing her bags. Most fans feel that Peter wasn’t thinking with his heart. It’s clear that he’s sexually attracted to Victoria, which is why he has been keeping her around. Even Ashley doesn’t think Peter loves Victoria that way.

“Yeah, is he really in love with Victoria F. after that whole thing went down?” Ashley pondered. “He’s in love with her? Like, I don’t know.”

“I could see him being more in love with Victoria F. than Hannah Ann right now, because it’s just a frenzy that he has, such an obsession, compulsion.”

Ashley did not find love on The Bachelor. Instead, she found love with her husband, Jared Haibon, on Bachelor in Paradise. The couple married in August 2019 in Newport, Rhode Island. They credit the show for getting them together.

During the interview, Ashley also commented that everyone’s been asking her when she’s going to have babies. It’s clear that she just wants to enjoy the honeymoon period with her husband. Jared stated that they’re working through the “ups and downs” of their relationship to ensure that their Bachelor relationship stands the test of time.

Do you agree with Ashley Iaconetti that Peter Weber is “infatuated” with the three women? Sound off below in the comments section.

‘MAFS’ Virginia Coombs Spotted With Ring On THAT Finger Post Split
Here’s Why Producers Chose Clayton Echard For ‘The Bachelor’
‘When Calls The Heart’s’ Chris McNally Strikes A Pose With Erin Krakow
Why Amelia Gray Hamlin Apologizes To Her Dad Harry
‘Love After Lockup’ SHOCKING Spoilers: Are Stan And Lisa Still Together?