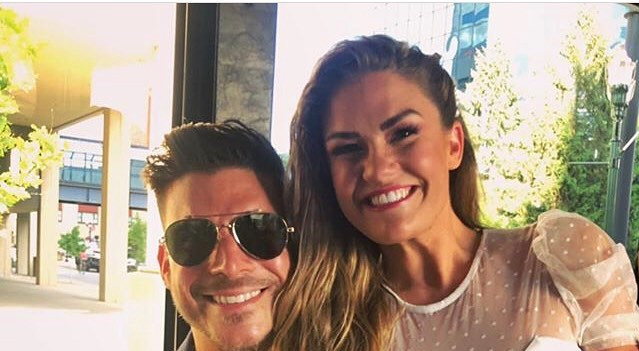 Vanderpump Rules stars Jax Taylor and Brittany Cartwright haven’t been married for long. Their summer 2019 wedding is the focus of VPR’s current season. Jax has been spotted out without his wedding ring on several occasions, prompting rumors of a split.

Brittany, on the other hand, has fans on a constant baby bump watch. Despite saying she doesn’t plan on getting pregnant until after co-star Stassi Schroeder’s wedding later this year.

Jax and Brittany did welcome a new family member into their home recently. A Yorkie named Sophie. A four-legged baby will have to hold fans over for a few more months.

In the meantime, Jax dished on the relationships of various Vanderpump Rules stars, including his own.

VPR Star Jax Taylor Predicts the End of These Relationships

TV Shows Ace wrote that Jax has some harsh things to say about former bff, Tom Sandoval’s, relationship with Ariana Madix. It’s no secret that Jax and Ariana have never bonded or gotten along. However, it is surprising that Jax would bash his once-close pal.

Sandoval and Jax have been at odds since the Season 7 reunion. Jax has expressed regret over having Sandoval as his best man. The issues between the two are becoming clearer as Season 8 of Vanderpump Rules plays out.

Fans will get more insight into the feud on the episode airing on Tuesday, February 18. The preview at the end of the last episode implied that Sandoval took issue with Jax and Brittany not immediately firing their wedding pastor after news leaked about the man’s past homophobic comments.

With all this tension going on, Jax has a very pessimistic view of Sandoval’s relationship. Speaking to The Daily Dish, the reality star predicted the end would come for Sandoval and Ariana in a few years.

Jax also doesn’t expect Scheana Shay’s new relationship to last because Scheana is ‘co-dependent’ and afraid to be alone.

As for frenemy James Kennedy, Jax thinks Raquel Leviss is only dating the DJ for the fame of being on television.

But now Stassi is engaged to marry Beau Clark and Jax is absolutely here for it. Stassi’s ex will be a groomsman in her upcoming wedding. Jax also thinks co-stars Katie Maloney and Tom Schwartz will be married for a long time.

VPR Star Says Divorce Isn’t an Option for Him

After weighing in on his VPR co-stars’ relationships, Jax turned the topic to his own. As fans know, Jax and Brittany briefly broke up a few years ago after he admitted to cheating on her with a VPR SURver. They reunited after Jax’s father passed away and Jax proposed. That chain of events lead fans to question the strength of the marriage.

Jax assures fans that his marriage to Brittany will last forever, no matter what. The simple reason is because neither of them believe in divorce. No one in Jax’s family is divorced. He says,

“I’m Catholic. She’s Christian. We just don’t believe in it. Even if we are utterly, utterly miserable, we will still be together.”

For now, the couple is still in the newlywed phase. Brittany posted a heartfelt Valentine’s Day tribute to her new husband. The sweet snapshot shows Jax getting ready the morning of their wedding. She calls Jax her “best friend and happy place.”

I never got to do a Valentine’s Day post for my Valentine so I just want you (and the world lol) to know how much I love you @mrjaxtaylor ❤️❤️ You are my best friend and my happy place. I love you to pieces and this pic of you getting ready to marry me makes my heart melt ❤️ you’re so cute! 🥰 love you hubby!