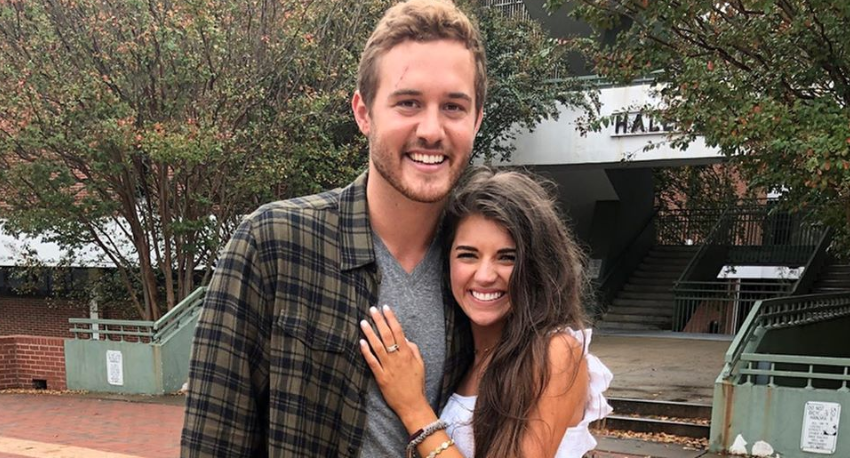 Peter Weber has made it past hometowns on The Bachelor. Next up, fantasy suites. However, those might not go too well. Madison Prewett has given Peter an ultimatum and the other girls don’t really love it.

‘The Bachelor’ faces an ultimatum

Peter Weber has three pretty successful hometown dates, and one full of drama. The one full of drama was none other than Victoria F. Peter being Peter, he decided to keep her around though. That leaves Victoria, Hannah Ann, and Madison going to fantasy suites. On a trailer for next week though, Madison reveals that she is saving herself for marriage, which has made her pretty nervous about the suites. Not only that, but People says she ends up giving Peter an ultimatum about the other girls.

Apparently, Madison is going to tell Peter that if he were to be intimate with any of the other girls, she would have to just go ahead and go home. Something that has to be heartbreaking for Peter to hear. Especially because it does appear that he was intimate with the other two girls remaining.

“I wouldn’t be able to move forward if you have slept with the other women,” Madison can be seen telling Peter in the preview.

This is definitely going to put Peter in a tough situation. Clearly, he and Madison have one of the strongest relationships there. However, he has made it pretty clear he is also in love with the other two girls still remaining. If he decided to not be intimate with them for Madison, that would basically mean to the other girls that he for sure was picking her in the end. Overall, it seems like a pretty sticky situation for Peter to be in.

What will happen in the end?

There’s no telling quite what will happen, however, Peter is pretty sure his ending won’t be able to be spoiled. In other previews for the remainder of the season, Peter is about to propose when he is hit with some pretty intense news by Chris Harrison. Some speculate that this will be Chris telling Peter that Madison went home. Since his ending “can’t be spoiled” this seems to mean one thing: it hasn’t happened yet. Is it possible that Peter still isn’t engaged? Maybe it will happen at After the Final Rose.

Who do you want to see Peter with at the end of his time as The Bachelor? Do you think its wrong of Madison to give Peter an ultimatum? Let us know what you think in the comments.

Be sure to watch the remaining episodes every Monday night on ABC.