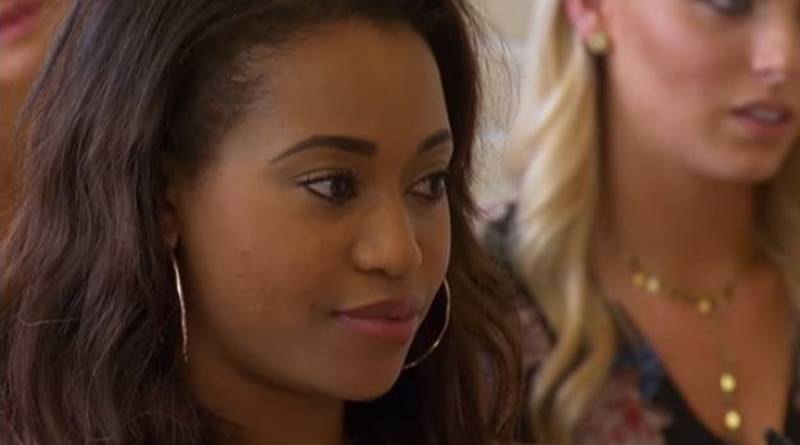 The Bachelor fans heard recently, that Victoria Fuller from Peter Weber’s season reportedly got busted for DUI in 2017. Now, a new report emerges alleging that Jubilee Sharpe from Ben Higgins’ season also got caught this week. Apparently, it went down in South Florida. Fans might also recall that the army veteran returned for two seasons of Bachelor In Paradise.

TV Shows Ace reported on the story about current contestant Victoria Fuller being arrested and charged for DUI. That happened two years go and she ended up with a jail term converted to a fine and court costs. Plus, she needed supervised probation and a two-year good behavior record. But now, a report by TMZ suggests that alum Jubilee Sharpe also got busted

According to TMZ, a source from inside law enforcement told them she got “released under her own recognizance.” The incident went down in South Florida on Sunday this week. No other details emerged about the circumstances of her encounter with the cops. The last time fans of Bachelor Nation saw her in Season 5, she won a rose. That came after she was previously featured in BIP‘s Season 3.

Jubilee came with a sad backstory

Appearing on the ABC show with lead Ben Higgins, Jubilee tackled Ben during group date and asked if he saw things working out for them. He basically gave her the big no when he sent her home. So, she landed in 11th place in that season. But fans felt a bit bad for her as she came with a sad backstory. While they enjoyed her personality, she hid a terrible fate until the end of her first appearance.

The Bachelor alum and sister ended up in an orphanage after their grandmother took them in. That came after her parents in Haiti and her brothers died. Later, after an American adopted her, she found out her sister probably also passed away from some incurable disease, according to Instyle. Somehow, against the odds, she made it into the army and later ended up on reality TV.

In her first appearance in BIP, Jubilee failed in finding her soulmate. Then, fans saw her win ‘Venmo’ John’s rose. However, they broke up and fans noted a lack of airtime for them. Maybe that came because compared to the others very little drama went down between them. She left as it all seemed a bit pointless to be on the show just to make friends with people like John.

Now, it looks like Jubilee might experience some problems with the law if her DUI clash with the cops is for real. Hopefully, it gets sorted out for her.  What do you think about the report that Jubilee got caught for DUI in Florida? Sound off your thoughts in the comments below.

Khloe Kardashian & Tristan Thompson Split: Are They Over For Good?
‘Bachelor In Paradise’ 2021: Wells Adams Role Revealed
Fans Praise Jessa Seewald For Living Like Everyone Else In New Photo
Josie Bates & Kelton Balka Have HUGE News About Baby Hazel
‘Renovation Island’ Resort: How Much Does It Cost To Stay?