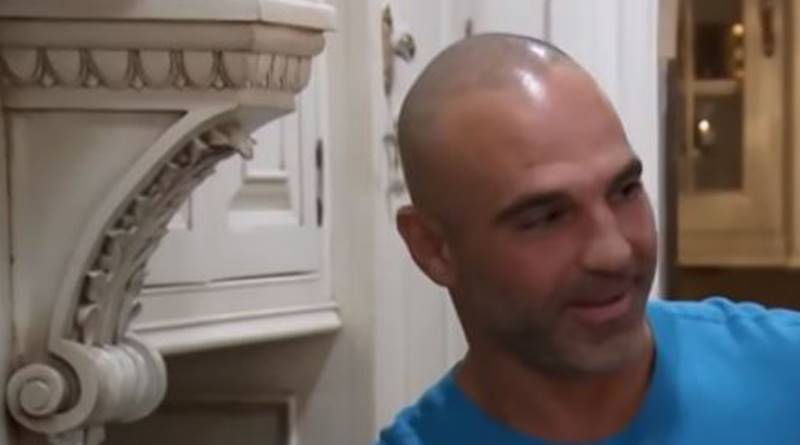 RHONJ in the current season shows that Joe Giudice found low favor from Melissa and Joe Gorga. In fact, Joe no longer follows Giudice on Instagram as he acts “crazy.” But maybe he should look at himself when it comes to doing crazy things on social media. Allegedly, he used someone else’s photo of a home and claimed he flipped it when he didn’t.

RHONJ Joe Gorga and Melissa down on Joe Giudice

With Joe Giudice now in Italy as he awaits the final appeal on his deportation order, Melissa and Joe Gorga spoke up about their feelings against him. TV Shows Ace reported that neither of them feels sad about Joe and Teresa Giudice separating. In fact, they’d much rather Teresa take up with Joe Gorga’s friend Anthony Delorenzo.

The RHONJ couple quite often speaks out against Joe nowadays. Our report noted how Joe Gorga even unfollowed Joe Giudice on Instagram for allegedly “acting crazy.” It came when talking on Jonathan Cheban’s Foodgod podcast. But now, it seems that if anyone did something “crazy” on social media, it might be Joe Gorga. All About The Tea dished on him allegedly using someone else’s pics and claiming he flipped the home.

Real Housewives Of New Jersey star ripping off pics that belong to someone else?

According to All About The Tea, Joe Gorga had up a photo of a house showing before and after. They cite the post as saying, “Look at this flip worth $1.1m. Took me 6 months to turn this around. Ripped off the roof & added the second floor. I think I might move in.” They looked into it, and it seems that the “before house” is not even the same home as the “after house.” They noted that the property owner, Caley Svensson says the “BEFORE” house posted on Joe Gorga’s Instagram is located at a different address in the same town.

The outlet reported that the owners, who bought their home and razed it to the ground, never contracted Gorga to do a makeover. The owner allegedly sent a DM to Joe about it and commented on his post. It seems they got no response. Then, All About The Tea revealed a screenshot where the owner seemingly accused the RHONJ star of “stealing” pics of her home. That screenshot shows that they wrote, “When @joeygorga tries to rip off your house and claims he flipped it.” They added, “Can I get a Watch What Happens Live Over here.”

Well, not able to find either post on Instagram, TV Shows Ace can’t verify what actually went down. But, if the allegations are true, then the RHONJ star might need to stop dissing on Joe Giudice for “crazy” Instagram behavior. What do you think? Sound off your thoughts in the comments below.