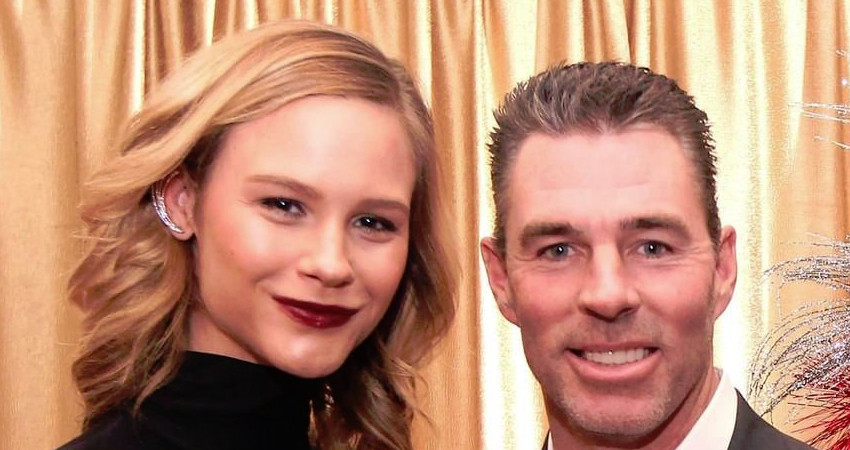 The Real Housewives of Orange County exes Jim and Meghan King Edmonds had very different Valentine’s Day celebrations. Meghan spent the holiday reflecting on self-love. Her estranged husband shared a photo from a boat and he wasn’t alone.

The Blast reports that Jim posted a photo to his Instagram Stories that is sure to draw attention from both his ex and social media followers.

The post celebrated Valentine’s Day out on the water. In the photo, Jim can be seen sitting at a picnic table with the calm water behind him. Also behind him are two women in bikinis.

He didn’t give any context to who the women are, though he did wish his followers a Happy [Heart Emoji] Day.

Since the split in October, Meghan hasn’t dated anyone. Instead, the mom-of-three is focusing on herself and her young son, Hart. As fans know, Hart was diagnosed with irreversible brain damage around the same time Jim’s alleged texting affair came to light.

As TV Shows Ace wrote recently, the only person Meghan wants to date is herself. She shared with her Instagram followers last month that she’s “masterdating.” She continued the trend by buying herself a present for Valentine’s Day.

A solitaire heart diamond ring, to be exact. Alongside a photo of herself wearing the ring, she wrote that she decided to love herself. She encouraged her followers to “treat yourself.” The former reality star is all about self-love and ignoring the haters.

Today is going down as one of the most luxurious Valentine’s Days ever because I have made the decision to fall in love with MYSELF. And to show myself some love I got this beautiful solitaire heart diamond from @skylerandjones… its like an engagement (pinky) ring to remind me that love comes from WITHIN. I am in love with this line – all of their stones are GIA certified, many are custom designs (like mine!) and there’s many diamond pieces under $1,000! I hope you all find that same love this Valentine’s Day ❤️ and treat yourself 😘 #skylerandjones #luxuryjewelry

RHOC Star Riles Fans by Referring to Step-Kids as ‘Baggage’

In her quest to move on from her marriage, Meghan made a slight misstep when discussing her future partner. When explaining what she wanted in a man, the RHOC alum vowed not to date anyone with children ever again.

In an unfortunate choice of words, she called step-children “baggage.” Many fans took this as a slam against Jim’s children, particularly his daughter Hayley. Jim’s daughter has been outspoken in her dislike of Meghan and relief about the split.

Meghan went on to say that she would expect a man to accept her children. She admitted that her stance was hypocritical. Meghan and Jim share custody of their three children together, though they live in different states.

After the divorce filing, Meghan moved back to L.A. where she started a podcast, Intimate Knowledge, with actress Brooke Burke. Jim moved into the house the former couple was building together in St. Louis.

Meghan has expressed interest in returning to The Real Housewives of Orange County. Season 15 of the hit Bravo show will air later this year, without stars Tamra Judge and Vicki Gunvalson.