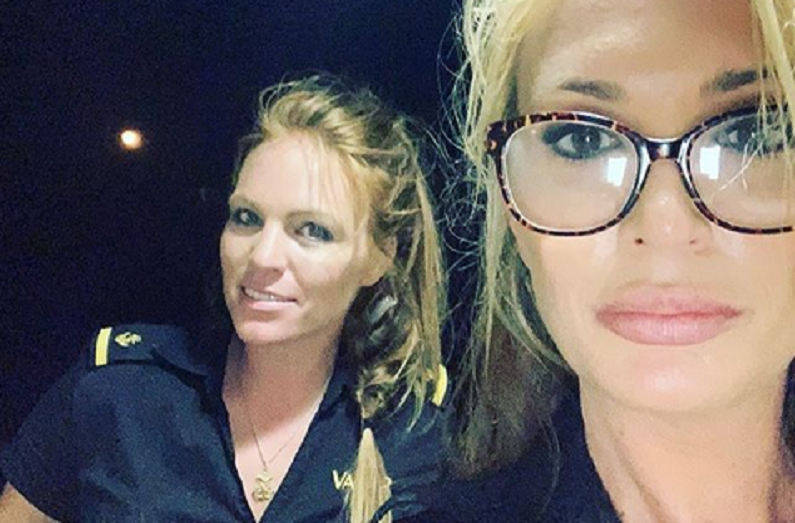 Below Deck star Kate Chastain is leaving the show after six seasons. She made the shocking announcement following Part 2 of the Below Deck Season 7 reunion on Monday night, Feb. 17. She took to Instagram to share the news with her followers. Of course, she used her classic Kate sense of humor to make the announcement.

Kate posted a photo of herself with the caption, “Live your best life,” splashed across her photo. The Bravo star poked fun at Prince Harry and Meghan Markle’s surprise exit from the Royal Family. It was clear to some fans that Kate was moving on. She moved from Florida to New York earlier this year.

Kate Chastain confirms she will not return to reality series

As The Daily Dish reported, the chief stew said it was a difficult decision that she made for months. During that time and through many “internal discussions,” Kate knew it was time for her to step down from her role. In her Instagram post, she said that she wants to seek a “progressive new land-based role.”

“I intend to step back as a senior member of the Below Deck Family and work to become financially independent, while continuing to support His Majesty Andy Cohen,” she wrote sarcastically.

Back in January, Meghan and Harry announced that they were stepping down from their royal duties. In their Instagram post, the couple stated that they “intend to step back as ‘senior’ members of the Royal Family and work to become financially independent, while continuing to fully support Her Majesty The Queen.”

Kate first appeared on Below Deck during Season 2. She was a chief stew in every season, including Season 7. Kate became one of the longest-running crew members in Below Deck history. She comes behind Captain Lee Rosbach, who has been a part of the series since the beginning.

Even though she’s dealt with a lot of drama as head of the interior, Season 7 appeared to be the most dramatic as she often clashed with bosun Ashton Pienaar, chef Kevin Dobson, and second stew Simone Mashile. There were times when she walked off the boat after things got heated among the crew. Kate found herself in the middle of a scary incident with Ashton in the van on the way home from one of the crew’s nights out.

As Showbiz CheatSheet reported, most fans were shocked to learn the news. One fan asked Captain Lee if Kate’s announcement was fake. “It isn’t,” he responded. Some Below Deck fans took the news very hard. Some remarked that they will be in mourning in the coming day ahead. Other fans were happy for Kate and even want a spin-off series documenting her new life in New York City.

Colin Macy-O’Toole from Below Deck Mediterranean wrote, “Congrats girl!” Even Captain Sandy Yawn from Below Deck Med wrote, “All the best @Kate_Chastain! Have no doubt you will be successful at anything you pursue. Life is short. MAKE IT COUNT!”

Most Below Deck fans feel that this won’t be the last that they will see Kate Chastain. While most of the comments were happy or upset to learn that Kate was leaving, a few fans were happy to see her go. They didn’t seem to like her sarcasm or quick wit. Bravo executive producer Andy Cohen revealed during the reunion that Kate moved to New York City. She also previously revealed on Another Below Deck podcast that she considered stepping down from her role. So, it’s not a shock to those who closely follow her.

What are your thoughts on Kate Chastain leaving the show? Sound off below in the comments section.

Don’t forget to check back with TV Shows Ace for the latest news on Below Deck.