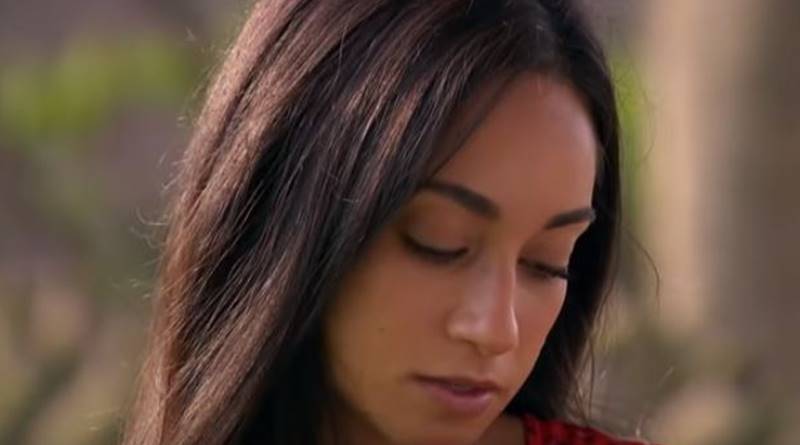 The Bachelor fans know that Victoria Fuller, one of Peter Weber’s main frontrunners made the headlines for her controversial “White Lives Matter” gig. Although she apologized and explained she promoted a conservation project, it didn’t sit well with people. Other unsavory stories also emerged about Victoria. Now, it’s reported that she once got arrested for DUI.

The Bachelor – Victoria’s not popular with fans

Across social media, fans seem to have an innate suspicion about Victoria Fuller. Of course, it’s possible that she’s the villain that these reality TV shows love so much. But in her case, she made it thus far into one of Peter Weber’s top choices. TV Shows Ace reported that fans didn’t like the scene with musician Chase  Rice. Recall, she knew him and claimed she dated him. However, she didn’t tell Peter until later when they went on their date. Some people felt sorry for Chase who watched her and Peter snuggle close and dance while he played his songs.

Technically, The Bachelor fans could write that off to an editing angle by the producers. That would take some of the blame off Victoria. But Reality Steve, the guru on the show gets a lot of comments on Twitter. And, generally, fans seem hostile to her. News that she did a shoot for the marlin conservation project hit the headlines. As they used the words “White Lives matter,” Cosmopolitan pulled the cover of her and Peter. Plus, one of Peter’s exes dissed on Victoria.

The DUI arrest happened in 2017

The Sun UK reported that they discovered that Victoria got arrested for DUI in August 217. And, it doesn’t sound like mild intoxication either, as her original sentence involved jail for 365 days. It got converted to “a $250 fine, plus court costs totaling $211.” On top of that, her license got restricted and she needed “supervised probation for 12 months.”

Interestingly, a period of unsupervised general good behavior for 24 months could have ended just before The Bachelor filming began. Part of that included staying off drugs and alcohol. Well, this news undoubtedly will redouble criticism on social media. After Monday’s episode, plenty of uncomplimentary comments went her way. One person noted, “All things considered, and I’m talking about all of human history, picking Victoria F there is the worst decision ever. Holy moly. Iowa won’t forget.”

All things considered, and I'm talking about all of human history, picking Victoria F there is the worst decision ever. Holy moly. Iowa won't forget. #TheBachelor

Something bad goes down for The Bachelor lead Peter Weber

In the previews for The Bachelor, fans saw that Chris Harrison said something to Peter. Obviously bad news they’d just heard about, Peter looked devastated. Who that involves isn’t clear. In fact, speculations arise that Peter ends up not giving his final rose to anyone at all.

What do you think about the news that Victoria Fuller, the medical rep once ended up arrested for DUI? Sound off your thoughts in the comments below.

Elizabeth Gillies Brings Cleavage Out Of Retirement In Steamy Snap
‘Bachelorette’ Cody Menk: What Exactly Is A Zipper Sales Manager?
Kylie Jenner Is The Latest Kardashian Member To Have A Crazed Stalker
‘Days Of Our Lives’ Week Of June 14 Spoilers: EJ Pleads His Case – Jake Caters To Kate
Scott Disick Makes Girlfriend Cry On Her Birthday, Here’s Why