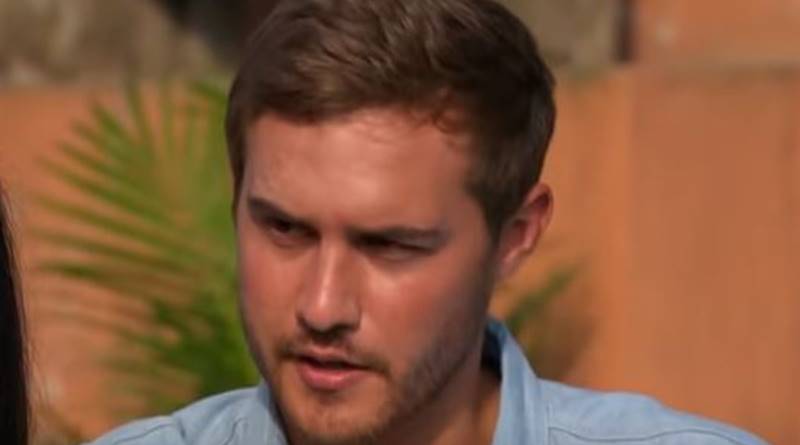 The Bachelor fans heard Victoria Fuller describe Madison as “disgusting” on Monday night’s show. That’s because Madison wants to save herself for marriage. With the Fantasy Suites coming up, they wonder how that affects Madison’s chances with Peter. Now, Reality Steve, the guru for the show revealed who gets eliminated after the Fantasy Suites, and who the last two contestants are. Spoiler alert – this article contains detailed spoilers.

The Bachelor spoilers haven’t revealed the final winner yet

This season’s been unusual in that no spoilers yet emerged as to who Peter chooses. In fact, TV Shows Ace noted that some fans think ABC paid off Reality Steve to not reveal the outcome. However, it seems a bit far-fetched as previous spoilers never dented the ratings, after all. However, many fans hope Victoria Fuller goes home. Unpopular, fans don’t like the way she tears up. They also heard in a report that Victoria’s got a previous conviction for DUI.

Newsweek reminds fans that one of Peter’s exes confronted him on the Hometown date, telling him Victoria’s not a nice person. But way before that, fans decided for themselves they didn’t like her. What fans do know is that Madison, Victoria Fuller, and Hannah Ann Sluss end up as Peter’s final three. Heading to Australia for The Bachelor Fantasy Suites, who’s gets sent home out of the three women? Steve dished the answers on his Instagram.

Madison told Peter she needed to chat and that involved her being a virgin and wanting to save herself for marriage. Does that go against her? After all, unless she lived under a rock, she must have known about Peter’s multiple windmill scenes with Hannah Brown in The Bachelorette. Reality Steve noted, “I don’t believe an ultimatum is given, but Peter is well aware of where Madison stands in regards to s*x during the overnights.” Then he notes that the other two women slept with Peter.

Apparently, they told Madison about their adventures between the sheets with The Bachelor lead. It’s not clear if it’s another Luke P situation. In any event, if you have a big downer on Victoria Fuller, Reality Steve says that she got sent home. So, the final two end up as Madison and Hannah Ann Sluss. Fans who go to Reality Steve’s page after watching the episodes commented on the spoilers.

Quick to comment, critics expressed their relief that Peter finally woke up and sent Victoria away. One noted, “Thank god she’s finally gone… never seen someone as rude as her. The way she talked to peter tonight was ridiculously toxic 😂.” Another noted, “so glad victoria goes home.” But this year, it seems some people don’t fully trust Reality Steve’s The Bachelor spoilers. One noted that she might still remain. Plus, another one wrote, “this better be true bc if so u just made me so happy.”

What did you think of the Fantasy Suite spoilers, Victoria’s elimination, and the last two contestants? Sound off your thoughts in the comments below.

Remember to check back with TV Shows Ace often for more news and spoilers about The Bachelor 2020.