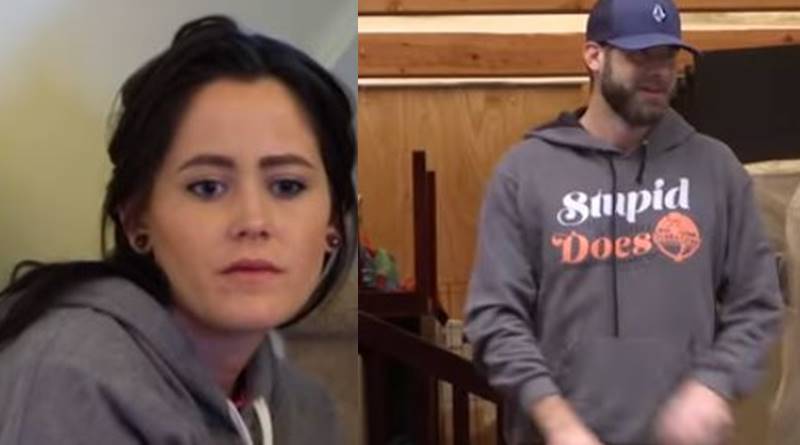 Teen Mom 2 fans seem convinced that Jenelle Evans’ hanging out with David’s just for co-parenting reasons is a lie. After being spotted out and about in Nashville with David, many believe they got back together. Returning to ‘The Land’s’ supposedly just about custody issues, she claims. However, critics simply don’t believe her.

TV Shows Ace reported that Jenelle and David were spotted out for drinks and getting meals in Nashville. Photos of them emerged via TMZ. But then later, fans noticed from her social media posts that it seemed she was actually back on ‘The Land’ with him. That came after denials they were doing anything more than just getting together to co-parent Ensley.

No longer denying she been on ‘The Land,’ however, Jenelle still denies she’s taken up with her ex again. A video about Jenelle and David just ‘parenting’ emerged on YouTube. Without A Crystal Ball‘s vlog, It got a lot of comments. One person noted, “So i think it’s a safe bet that the kids were left in North Carolina and they drove to Tennessee to pack up her stuff and she’ll be moving back to the land.” And, it turned out that the Teen Mom 2 alum ended up there as predicted.

Jenelle shared about a goat and a custody fight

On her social media, Jenelle defended her reasons on why she went back to ‘The Land.’ Apart from talking about a little goat with feeding issues, she explained she only went there to collect more “personal belongings.” She alleged that some of it’s needed for “custody court.” but fans wonder which custody battle she refers to. After all, if it’s to fight Eason for custody, the chances are that he’d not willingly hand them over.

Another critic of the Teen Mom 2 alum noted on a screenshot posted by Without A Crystal Ball, that even Kaiser’s custody case seems to have been settled. One person reasoned, “If they really separated, one would think he would take joy in destroying any evidence she needed for court with Nathan. So many questions…🤔” Then another person commented, “In NC they have to be separated a year before divorce. So going back for stuff and staying to hang with a goat may [have] just restarted that clock. She’s not leaving. Poor Kaiser.”

Jenelle’s newest blog. She claims she went back to the land for things she needed for her child custody case – then goes on about this baby goat – referring to it as “our” and discussing how amazing the goat is and how much space it has to roam. This doesn’t sound like a woman just going to pick up a few things to me. 🤷🏼‍♀️ #jenelleevans #teenmom2 #mtv #realitytv

Meanwhile, over on Jenelle’s own Instagram, she slapped at people who think that David’s violent or put any of the kids in danger. She said, “No one has ever abused my kids. No one has ever ‘admitted’ to abuse. I’m sick of these comments. No one… ever abused my children and that’s why the CPS case was dropped to begin with.”

Well, that only got critics of the Teen Mom 2 alum asking why she left it necessary to take out an EPO against David. They noted, “so why the restraining order then? Do you ever step back and listen to yourself?” But, about her being back on ‘The Land,’ one fan wrote, “Her stories today…clearly taken on “the land” too. So sad.”

What do you think about Jenelle denying she’s back with David on ‘The Land?’ Do you believe it’s only temporary? Sound off your thoughts in the comments below.

Thomas Jacobs Looks Back On His ‘Bachelorette’ Journey
‘Scandalous!’ Danielle Busby Teases Blayke & Parker: See Video
Isabel Roloff Answers Burning Question About Son’s Eating Habits
‘LPBW’ Jackson Roloff Has What It Takes For His Own Show?
Paris Hilton Joining ‘RHOBH’ Would Be ‘Hunky Dory’ With Fans, But Will She? Kathy Spills All