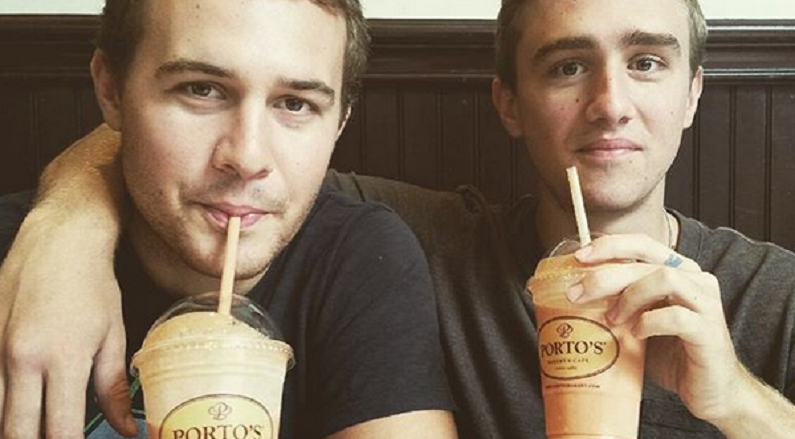 Peter Weber’s season of The Bachelor has been harshly criticized. There’s no doubt that this season has been the messiest and most dramatic ones yet. Even though most of the contestants have gotten heat from fans, Peter Weber has been criticized a lot as his role of the new bachelor. Most fans feel he’s too indecisive. Others think he’s the worst bachelor yet.

Now, Peter is firing back at the criticism. He says that if anyone else is dating more than 30 people at once, then they would be indecisive as well. He also admitted that he’s had a hard time watching himself.

Why is watching his season of The Bachelor so hard for him?

As Showbiz CheatSheet reported, Peter Weber says that watching his season is harder than ever. He would rather go back to Hannah Brown’s season of The Bachelorette and watch their relationship play out over again. Peter admitted that he was blindsided by some of the things that happened on the show. He’s only seen one side of the contestants when he interacted with them.

“It’s actually a lot harder watching this back for me,” Peter said. “It was easier going through it because there was so much I didn’t know. There was so much information I just was not privy to. Watching it back has actually been harder than I ever though it would be.”

Peter said that he makes his decisions based on what he knows about the contestants. He doesn’t like it when fans say he’s indecisive or “makes dumb decisions on purpose.” He admits that indecisiveness is going to happen when you date several people at once. But the way that he chose his top four contestants is what led to him to his journey.

During his interview with On The Red Carpet, Peter said that there’s a lot of stuff that he didn’t see that played out on television. Peter admits it was disappointing to watch how the women treated each other when he wasn’t around. He was so “sad” that it was hard to get through some of the episodes. He especially didn’t like the way that Tammy Ly treated Kesley Weier.

Peter also regrets the comments he made about Victoria Fuller’s ex-boyfriend, country music singer Chase Rice. There are other moments that he regrets as well, but he doesn’t want to cause any drama. Peter has a feeling there will be plenty more drama in the upcoming Bachelor Women Tell All episodes. He just wants to focus on the positive at this moment.

Peter Weber received advice before appearing on The Bachelor

In another interview with 13 on Your Side, Peter says he received plenty of advice from Bachelor Nation. Most of them encouraged him to give everyone a fair chance. Peter is glad that he gave all the women a chance. He felt there were some contestants that he would’ve counted out too soon but he’s happy that he didn’t.

He also revealed how he really felt about his experience. He did not feel like he was in an altered state of reality. Peter feels that the Bachelor franchise truly helps people find love. As for the one-on-one dates and Fantasy Suite dates, he feels they need to be on a heightened level in order for them to work.

But it wasn’t always romantic as it may look. Peter joked about the long days. Sometimes filming would last as long as 12 hours. While Peter and the contestants had “blackout” days where they could sleep in, filming still made it exhausting. The group dates last well into the early morning hours. Peter says that being on the show is both emotionally and physically exhausting.

What are your thoughts on Peter Weber? Do you believe he’s the worst bachelor? Sound off below in the comments section.

Check back with TV Shows Ace for the latest news on the Bachelor.