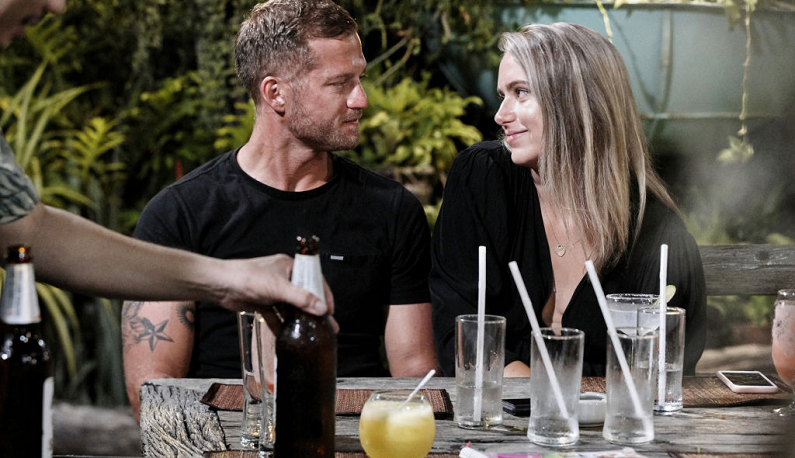 Below Deck Season 7 has been the most controversial due to the behavior of the male crew members. Brian de Saint Pern received some of that backlash. Fans thought the men should be held accountable for their actions. Instead, it looks like they’re being awarded.

Captain Lee Rosbach made it clear that he wouldn’t work with Ashton Pienaar ever again. But what about the rest of the men? Are they banned from the yachting industry? Not necessarily. Brian de Saint Pern revealed that he is on his way to becoming a captain despite taking part in the misogynistic behavior. This news won’t sit well with fans who feel the boys’ club should be punished.

Below Deck crew member could become a captain

Fans feel that the male Valor crew members should either quit yachting or be fired. Despite the backlash, some of them continued yachting after leaving the boat. One of those crew members was Brian de Saint Pern, according to The Daily Dish. He confirmed that he’s on his way to becoming a captain. He revealed he loved yachting so much that he wants to become a captain.

“After the season, I actually enjoyed the boat I left for the season,” Brian said. “So, I’m currently on the in France now.”

He sees yachting as a long-term career goal he wants to take more seriously. He wants to stay in the industry for as “long as possible.” Brian remarked that he wants to work his way up to “captain one day, so I’m just striving for that.”

Brian is close to become the captain of a boat in the future. He’s currently works in maintenance on a shipyard. Brian told the outlet that he took “four months” of “unpaid study leave.” He’s already passed his Officer of the Watch modules. He just has to work on his oral, and officially become Officer of the Watch, which is “one step closer to being a captain.”

As TV Shows Ace reported, their feud commenced on social media. It all started on Part One of the Below Deck reunion when Courtney revealed that Brian sent her “aggressive” text messages after the charter season ended. He claims it was a normal reaction to her dragging him on social media. Courtney didn’t share screenshots of the text messages, but only revealed the message her ex-boyfriend sent her about the heated exchange. Her boyfriend was understandably angry over the comments that Brian sent to her.

While most Below Deck fans supported Courtney, Brian found fans wherever he could get them. Even if some of them were trolls. One fan claimed that Brian “dodged an enormous bullet with such a spoiled, delusional, ridiculous, asinine snowflake.” He responded to the tweet, saying that he agreed and found it funny.

He also shared a private message to his Instagram Story in which he called Courtney a “cold-hearted woman.” He also said that he’s apologized to Courtney for the cruel messages, but then said she should “give it a break and grow up.”

He then deleted he post and commented: “You are all right, not going to drop down to her level. Thanks for the advice post deleted!”

Brian has tried to move on from their feud. He later tweeted that he’s over it. He also hinted about leaving Twitter due to the “negativity and misandry.” Once again, he asked his fans to follow him on Instagram.

So I have finally come to the realization that Twitter is a highly biased platform to voice an opinion.
Unfortunately there is just too much negetivity and misandry!
If you still want to follow me I'll be on Instagram : @iambriandsp#itsbeenreal #notreally #ByeFelicia

What are your thoughts on Brian de Saint Pern becoming a captain despite being part of such a controversial season? Do you think he deserves the promotion? Share your thoughts in the comments section below.

Don’t forget to check back with TV Shows Ace for the latest news on your faves from Below Deck.