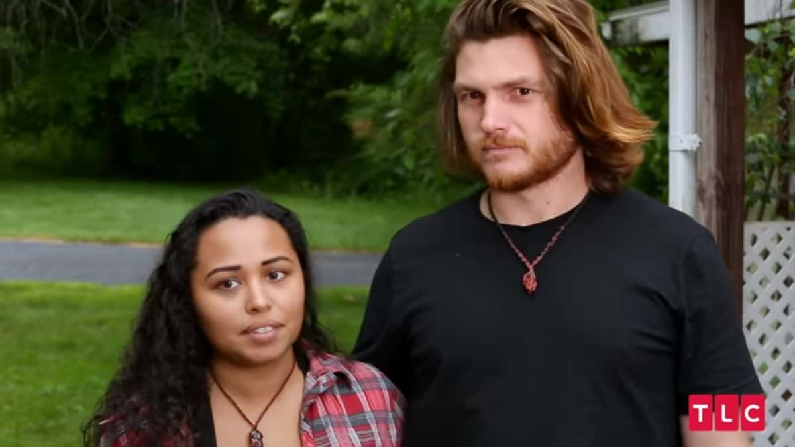 90 Day Fiance stars Tania Maduro and Syngin Colchester became the most hated couple on the franchise. However, most of the hate has been directed towards Tania. Fans feel that Syngin is too good for her even if he’s a little bit lazy. They didn’t like that she dropped everything to travel to Costa Rica. They also don’t like the way she treats him on the show.

That doesn’t include their apparent differences. Tania wants kids as soon as possible. Syngin claims that he is lazy and can’t keep a job because he’s reluctant to work. Plus, she feels that he’s not her soulmate. But that didn’t stop them from getting married. Now fans are criticizing them for rushing their marriage.

Part one of the explosive 90 Day Fiance Season 7 Tell-All episode aired on Sunday, Feb. 16. Fans of the show tweeted their thoughts on the most-hated couple. Syngin and Tania were dragged  because of their obvious differences. Read on to learn more.

He also has too many goals. Syngin wants to be a woodworker. He might want to become an opera singer. Syngin even showed off his singing chops during the segment. He wants to do everything but doesn’t want to commit to anything. He’s just waiting to win the lottery.

Tania still insists that Syngin isn’t her soulmate. But she said she finally believes that people can have more than one soulmate. One fan tweeted that Syngin is “a straight sucker for Tania.” Another 90 Day Fiance fan commented, “Syngin: I’ll marry this non -soulmate lady” even though he doesn’t want to work.

Controversial couple to return for a second season

As Showbiz CheatSheet reported, Tania and Syngin will return to the second season of 90 Day Fiance. Despite the social media backlash, the couple already filmed in South Africa, as reported by Soap Dirt. Tania wore something else other than her signature pink tee shirt. Syngin and Tania were in deep discussion at a picnic table in Cape Town while the camera crew filmed them.

The couple could be filming for 90 Day Fiance: Happily Ever After, according to viewers on the fraudedbyTLC Instagram account. The spinoff series follows the couple after their journey on 90 Day Fiance. According to a user on Reddit, someone they know saw the couple filming that same scene. The couple was in the middle of an argument when the fan spoke to them.

“She didn’t talk to Syngin at all. She said Tania yelled at him the entire time and they reshot the scene a bunch of times. Nothing groundbreaking, but last I heard, he was back in South Africa.”

90 Day Fiance fans are fed up with Tania’s behavior. Some hoped that the couple wouldn’t get married because of it. Reaction to the news of the couple returning have been mixed. Some want to see their divorce play out on screen, while others are simply done with them. Here are just some of the comments:

What are your thoughts on Syngin and Tania? Do you want to see more of them? How did you feel about Part one of the 90 Day Fiance Tell-All? Sound off below in the comments section.