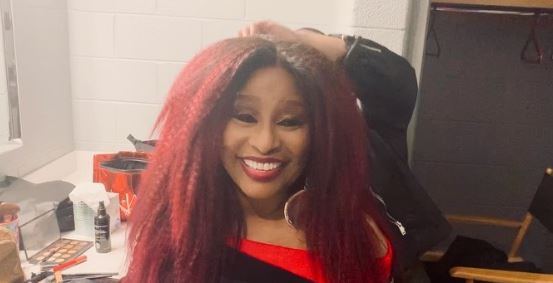 Tonight at the NBA All-Star game Chaka Khan got the chance to perform the National Anthem. This is a very important song and it turns out that it didn’t go well for her. She is actually being roasted from many for this performance.

As soon as Chaka Khan performed, Twitter went crazy with fans that were not impressed by her performance tonight. Check out a few of the tweets below.

The other thing a lot of people are commenting on is that Jennifer Hudson was there as well. She would have done a great performance of the National Anthem.

Chaka Khan seems to be enjoying the game just fine. Maybe she hasn’t read what everyone has to say about her performance just yet. People who perform for a living do get pretty used to being criticized.

#NBAAllStar Game Court-side with my cousin Bruce & my manager George 💜💜

Not the first viral performance

This is not the first time that a NBA All-Star game National Anthem video went viral. A few years ago, Fergie performed the song and that didn’t go over well with the fans either.

This is a very important game that has a lot of viewers. This is not the kind of performance that you want to mess up, but it has happened a few times in the past. The Super Bowl is another one that people seem to get nervous during and mess up.

Did you think that Chaka Khan’s performance was that bad? Share in the comments below.