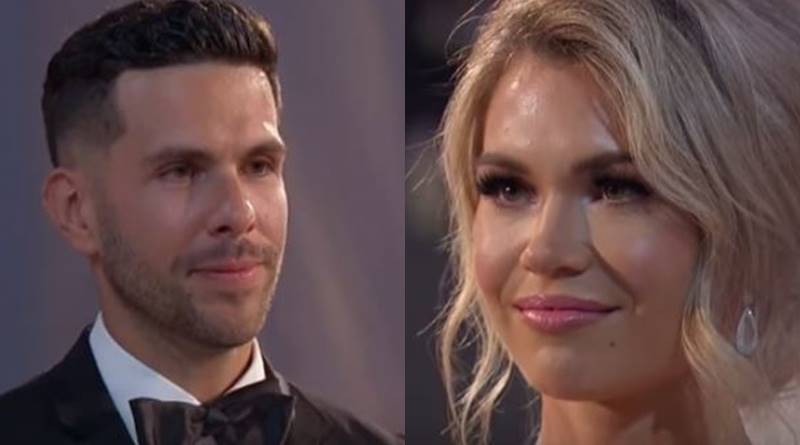 BIP fans heard that Krystal Nielson and Chris Randone split and the news emerged in mid-February. But, it seems that not very long ago, everything was okay. That’s because they actually planned on making some babies. And in fact, their plans included trying for their first kid this year.

TV Shows Ace reported that the couple seemed very on-off and indecisive when they married last year.  The wedding came after a bit of indecision about where the relationship would go. In fact, they almost never made it to the ring stage. Eventually, fans saw them get hitched, and most fans wished them well. As it wasn’t all that long ago that they married, the split announcement made fans wonder if they fully intended a commitment to each other.

The couple married in Season 6 of BIP, and it seemed they wanted kids. Or, at least Krystal did anyway. US Weekly reported in August that Chris didn’t know Krystal came off her birth control. He said, “She let it be known that she’s off birth control, and I didn’t know that.” But, it looked like they both came around to the idea of kids. However, fans wonder if Chris insisted Krystal slow down and approach things in a more orderly way.

Recall that after their wedding, Chris moved to California where he lived with Krystal and her two pooches. They planned on a honeymoon period and settling into their home together. Then, the kids could come along at the right time. The outlet noted that Krystal even said they did “a full panel bloodwork.”

At the time, they planned for making their first baby in the new year. But, just six weeks into the year, the news came that they separated. Still friends, they both felt they needed a break. Appealing for privacy, it emerged that the BIP couple felt they each needed to work on themselves. Possibly then, it’s a good thing they never rushed into falling pregnant.

Bachelor In Paradise stars ever truly serious about marrying?

After Reality Steve, the Bachelor Nation guru, posted about the breakup, some fans speculated that they married for the money. As Chris Harrison officiated at the ceremony, some fans think that maybe Krystal and Chris were committed to a contract. Potentially, when the contract ended, they may have just decided to call it quits.

What do you think about their sudden split? After all, they planned on making babies this year. Do you think they were never really serious about a long-term relationship? Sound off your thoughts in the comments below.

Remember to check back with TV Shows Ace often for more news about ABC’s BIP.