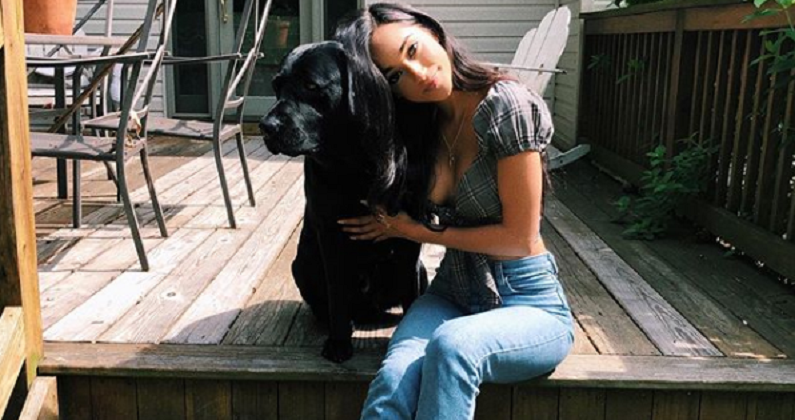 Victoria Fuller has caught a lot of heat for her past. Not only did she pose in the campaign, but she also has a shady dating history. Reality Steve claimed that Victoria allegedly had an affair with several married men in the past. Bachelor Nation hasn’t liked her, and for good reasons. Now she wants them on her good side. Victoria has apologized again for posing for the “White Lives Matter” photo shoot but they’re not buying it.

As Us Weekly reported, the 26-year-old released a statement on her Instagram Story on Saturday, Feb. 15. Victoria apologized to her followers and all of Bachelor Nation. Victoria hopes to learn grace moving forward.

“I would like to sincerely apologize for my involvement with We Love Marlins,” Victoria Fuller wrote. “My intention was only to support an endangered species. I want to say that I unequivocally reject the beliefs of the white lives matter movement or any propaganda that supports racism of any kind. I would like to specifically apologize to people of color that are affected by racism daily. It was never my intention to add fuel to the racial fire in this country.

Victoria is one of Peter’s final four women in Season 24, according to spoilers. She previously apologized for the controversy long before the series aired. Victoria caught wind of the Instagram account called BachelorClues, that posted her Bachelor bio and controversial photo shoot. Victoria explained in the comments section that she posed for the We Love Marlins’ campaign to help create awareness for endangered marlins.

Fans find the timing of Victoria’s apology interesting. This comes before the hometown dates air soon. Bachelor Nation feel that her apology is calculated since they know that Peter and Victoria will meet each other’s families in the upcoming episodes, as seen in the preview. As Showbiz CheatSheet reported, fans called Victoria Fuller “phony” and claimed that she should apologize for “sleeping with married men.”

Victoria has since denied the affair rumors. But fans aren’t convinced. They feel that she’s not genuine. Maybe it’s because Victoria comes across as emotional and immature on the ABC show. She hasn’t been received well by Bachelor Nation since. TV Shows Ace reported that Hannah Brown called Victoria “annoying” and that Peter’s ex-girlfriend gave details on the contestant. She can’t escape the scrutiny.

Last month, Cosmopolitan pulled its special Bachelor cover, after it learned that Victoria Fuller was involved with the “White Lives Matter” clothing line. As CNN reported, editor-in-Chief Jessica Pels said that the company will no longer run the cover. Victoria’s prior apology didn’t matter to Jessica.

“In my view, the nature of the organization is neither here nor there – both phrases and the belief systems that represent are rooted in racism and therefore problematic. Unequivocally, the White Lives Matter movement does not reflect the values of the Cosmo brand. We stand in solidarity with Black Lives Matter, and any cause that fights to end injustices for people of color.”

Peter has since defended Victoria. He says that he doesn’t expect perfection, but he still feels that she’s a good person with a good heart. He’s seen a different side of her that fans don’t get to see on the show. Peter also said that Bachelor Nation should not form their opinions from what they see on the reality dating series.

Don’t forget to check back with TV Shows Ace for the latest news on the Bachelor.

‘RHONY’ Season 13 Reunion Canceled: What Does This Mean For The Show?
Are Dean Unglert & Caelynn Miller-Keyes Finally Getting Married?
Connor Saeli Dishes On Speculation He’s Dating TikTok Star Jenna Palek
‘Love After Lockup’ SHOCKING Spoilers: Are Stan And Lisa Still Together?
Cheryl Burke Dishes On The Future Of Her ‘DWTS’ Career