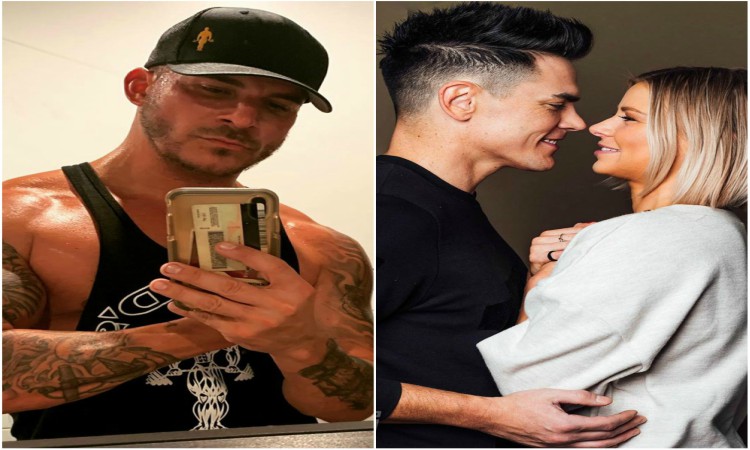 The relationship between longtime friends and Vanderpump Rules co-stars Tom Sandoval and Jax Taylor is about to get worse. The two have been low-key feuding since the Season 7 reunion when Sandoval and girlfriend Ariana Madix defended James Kennedy.

Things were so bad at that point that Jax and fiance Brittany Cartwright basically threatened to remove Sandoval from his best man duties. Jax recently admitted that he regrets relenting before the wedding. Jax and Brittany were married over the summer with Sandoval at Jax’s side.

For Valentine’s Day, Jax gifted Bravo’s The Daily Dish with his thoughts on all of his co-stars’ current relationships. The former model has hope for Stassi Schroeder and Beau Clark’s marriage. He also thinks Tom Schwartz and Katie Maloney will make it in the long run. However, he is far less kind to his other co-stars.

According to Jax, Kristen Doute and Scheana Shay are “co-dependent” when in relationships and both should stay single for a while. The current season of VPR filmed Kristen’s break-up with Brian Carter. Scheana is currently dating rugby player Brock Davies, but not for long, Jax predicts.

But the couple that received Jax’s harshest criticism was Sandoval and Ariana. Jax came under fire recently for implying that Ariana isn’t into marriage or children because she “likes women.” Ariana took her co-star’s comments in stride and reminded him that Sandoval has no issues with her bisexuality.

It seems Jax is the one with a problem. In his opinion, the relationship is invalid without marriage or children. He says,

How Long Does He Give It?

Jax may not be off-track with his comments. As fans recall, Sandoval revealed to Jax and Schwartz last season that not having kids someday would be a “dealbreaker.” He later backtracked and blamed alcohol for his comments.

Sandoval and Ariana did recently purchase a million-dollar home close to their VPR co-stars. They have both said that the home was their commitment to one another. However, Jax doesn’t see it lasting much longer.

Jax thinks that Sandoval will eventually change his mind about accepting that Ariana never wants to get married. Jax predicts,

“I think in the next couple of years, something is going to happen. I’m really good at predicting this stuff. I don’t think it’s going to last that much longer.”

Before Jax weighed in on her relationship, Ariana paid tribute to her boyfriend of six years. Ariana revealed that the couple celebrated Valentine’s Day early to avoid the crowds. As bartenders, they are well-versed in the restaurant rush of holidays.

In a close selfie, the duo look relaxed and happy. Ariana dedicates the photo to “my love.”

Vanderpump Rules airs Tuesdays on Bravo. Jax urged fans to keep watching to see the true cause of his feud with Sandoval. Previews for the upcoming episode hinted that Sandoval caused problems with the couple’s first choice for pastor.