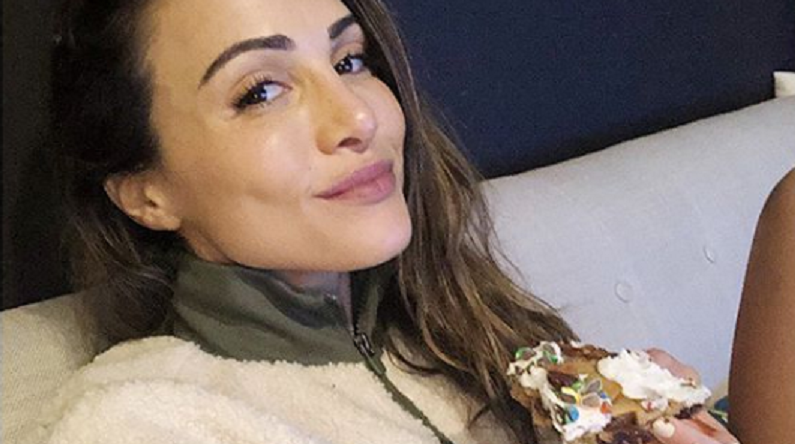 Andi Dorfman has been hounded with questions over whether she would reprise her role as Bachelorette once again. It looks like the reality star is not interested. She’s made it clear that she would never do that show again. But, there is one show she’s interested in.

It’s not uncommon for a Bachelor Nation alum to make a return to the franchise. Hannah Brown has been on almost every Bachelor franchise imaginable. Read on to see what Andi Dorfman has to say about returning to the mansion.

Andi Dorfman spoke exclusively to Life & Style about becoming the Bachelorette once again. She made it clear that she has no interest in doing the show again. According to her, it’s “a one-shot thing.”

“You either do [it] and it works out for you, or you move on from it. So yeah, I don’t know,” Andi Dorfman said.

The new season of the Bachelor has fans wanting contestants from the past to become the next Bachelorette. They feel like a Bachelorette alum would do the show some good. It’s not unheard of it since it happened in Season 16. Dorfman also told the outlet how dating outside the show is different for her now. She still finds it difficult at times.

“Dating outside the Bachelor world is a little more difficult, but you have a little more variety of people,” Dorfman explained. “In other words … they have jobs. They actually have jobs, and they’re ready to be in relationships.”

Dorfman appeared on The Bachelorette in 2014 when she worked as a lawyer in Atlanta. Her three final choices came down to Chris Soules, Josh Murray, and Nick Viall. She got engaged Josh for seven months before calling it quits. Dorfman’s experience led her to write a tell-all book about their relationship, which quickly landed at the top of the New York Times bestseller list.

Would be down to join the Bachelor

Andi Dorfman was asked a similar question about giving Bachelor Nation another chance. Last month, during her exclusive interview with HollywoodLife.com, she had a different answer as to whether she would appear on The Bachelor.

“Never say never,” Dorfman said. “But I think they’d have to raise the average age of the contestants significantly for me.”

Ashley Iaconetti feels Andi Dorfman would be the perfect bachelorette

It’s not only fans who feel this way. Bachelor in Paradise alum Ashley Iaconetti previously told Life & Style why Andi Dorfman is one of her top choices.

“She’s witty, whip-smart, stunning and won’t put up with crap,” Iaconetti said during an event for her partnership with K-Y lubes and gels. “People are really craving an older cast and perhaps lead.”

Chris Harrison also told the outlet that Dorfman would be one of the “viable candidates.” However, that decision is “still up in the air.” Harrison has other options in mind that are “worth discussing,” if Dorfman passes it up.

“We are big believers in there is no terrible idea, unless someone’s obviously married or in a relationship,” Harrison said.

What are your thoughts? Do you think Andi Dorfman should return to the Bachelor or the Bachelorette? Sound off below in the comments section.