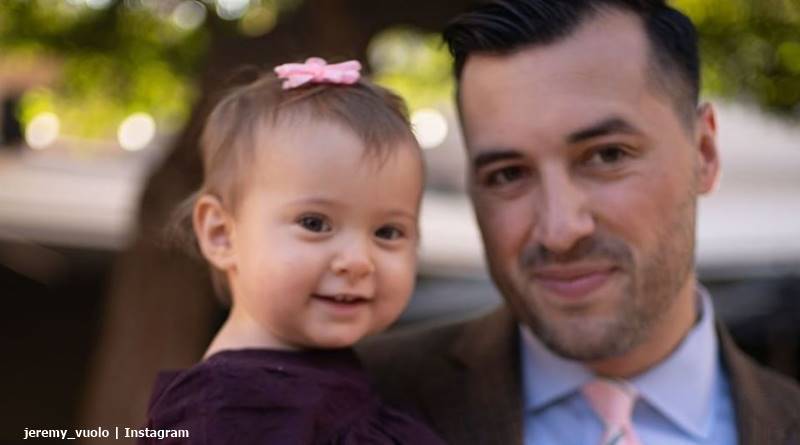 Counting On fans heard that Jeremy Vuolo and Jinger recently got back from a hike in California. It seems they love the warmer California weather and the opportunity to get outdoors with their daughter Felicity. Now, Jeremy packed his bags as he’s on the way east to visit his family.

TV Shows Ace reported that Jeremy and Jinger seem very settled in LA these days. They get out and about with Felicity, and recently, the little family enjoyed a day out hiking. But, the warm weather’s coming to an end for Jeremy for a bit. On Thursday night he shared a photo of him warmly dressed as he’s going east to visit family. He captioned his post with, “There’s just something I love about having bags packed, ready to travel and explore…even if it’s simply heading east to visit family. It’s a big world with much to be discovered. 🌍.”

Some fans wondered why he dressed so warmly, but others pointed out that he’s going to a much colder part of the country. One Counting On fan commented, “actually I live probably about 10 min from his parents, it’s really rainy and the temperature goes from the 50’s for a day or two then we’re down to the 30’s.” So, it’s not as cold as it could be. But when you live in a warm place, it’s easy to get acclimatized quite quickly. Bear in mind they previously lived in Texas which is also quite warm this time of the year.

While some fans discussed the weather, and others loved the photo, others got onto the topic fo a new rumor. It’s about the possible cancellation of Counting On. One fan asked, “Just heard counting on is cancelled are you guys gonna get your own show!” Well, one fan noted that the page it allegedly came from, is not a verified account. Another noted they thought it was false. Yet another fan explained these rumors come out every season of the show.

There’s just something I love about having bags packed, ready to travel and explore…even if it’s simply heading east to visit family. It’s a big world with much to be discovered. 🌍

Actually, over the years plenty of rumors ran wild about canceling the show. Last year, Cheatsheet put rumors to rest about the show not returning. And, they revealed the good news about the new season. The show did get canceled once, back when it was 19 Kids and Counting. That came after the Josh Duggar scandal. But, they returned under the name of Counting On. So, probably new rumors about the show being canceled are just that, After all, nothing official got announced by TLC.

What do you think of Jeremy dressing warmly to visit the family in the east? Do you think it’s quite a mild winter where his family lives? What about these rumors that Counting On got canceled? Did you hear anything? Sound off your thoughts in the comments below.