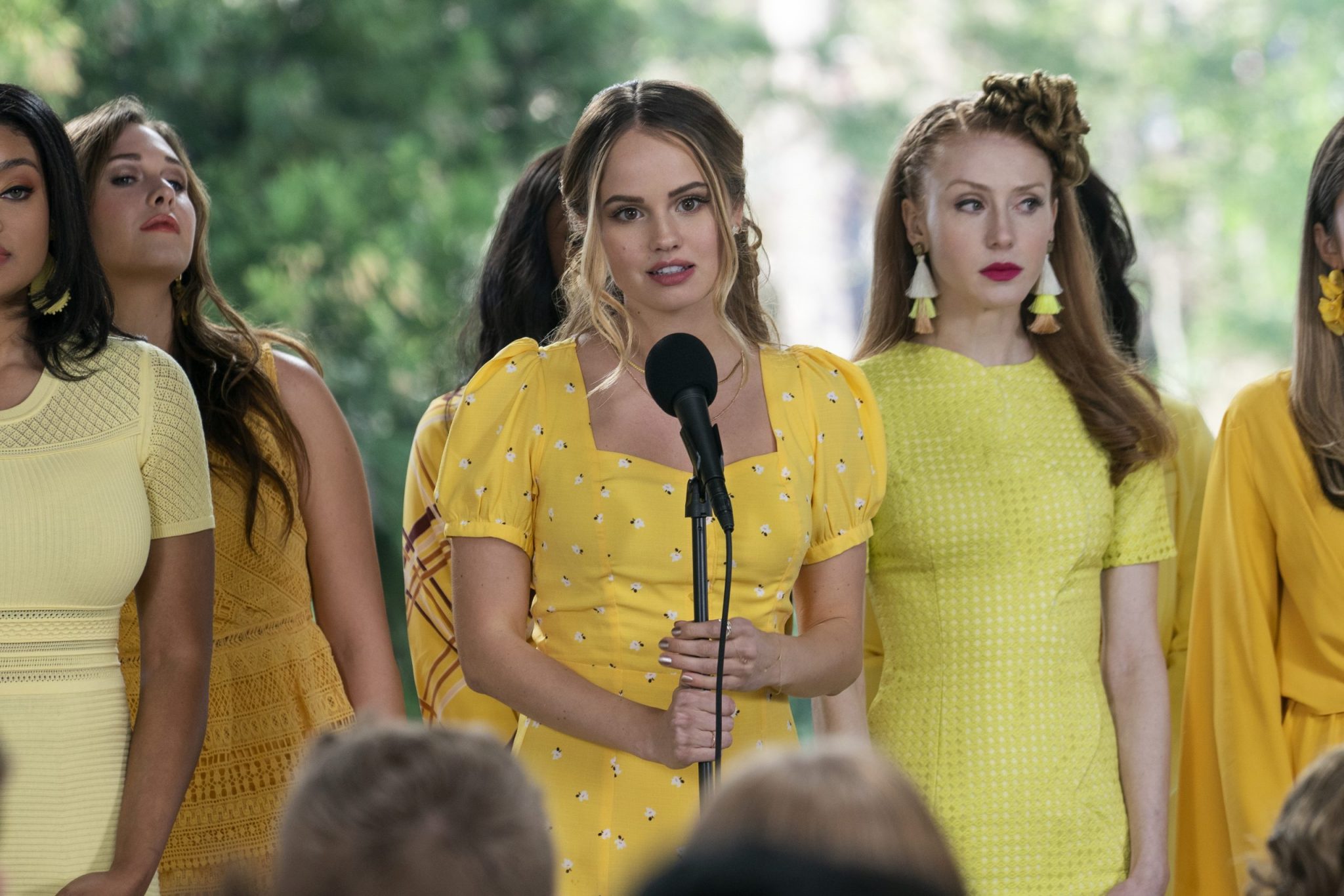 Fans of Insatiable have wondered about the fate of the series since the second season dropped in October 2019. Netflix has finally made a decision about the future of the series. Is there a third season?

Sadly for those who loved the dark comedy, Netflix has officially canceled Insatiable after two seasons. TVLine reported the news.

Insatiable‘s cancellation isn’t all that surprising when you look at the figures. After a buzzy first season, the show didn’t garner as much attention for the second. It was released in October with little fanfare, and fans haven’t heard anything about it since. With that in mind, it’s not surprising that the views for the second season have been down. I’ll admit to one who binged the first season but still hasn’t watched the second season with so much else on.

While Netflix has only just officially confirmed the cancellation, the stars of the series knew that there wouldn’t be a third season earlier in the month. Alyssa Milano tweeted a fan on Feb. 4 to say that they wouldn’t be returning for Season 3.

We will not be coming back, sadly.

The first season was an extremely popular binge-watch mostly due to the controversy. As soon as the first trailer dropped, viewers took to the comments to complain. There was the view that the show was fat-shaming, rather than being positive about a woman who had lost weight.

While the cast and EPs defended the show, there was still plenty of anger that Netflix refused to take it off the schedule. However, viewers took time to watch the show to see if it was going to be as bad as the trailer made it out. It certainly received mixed reviews, with some applauding the satire while others continued to believe it was a terrible show for today’s society.

Due to the viewer ratings, Netflix opted to quickly renew the series. However, the second season didn’t get the same controversy. Those who were angry with the first season opted not to watch it. With the way Netflix’s model works, the show would have cost exponentially more to create the third season, so the lower viewership led to the decision to cancel.

At least this show has had an official cancellation. Fans of The Innocents still haven’t had official word about the future of that show, but it’s assumed to have been quietly canceled.

What did you think of Insatiable Season 2? Are you surprised by the cancellation? Share your thoughts in the comments below.

Insatiable is available to stream in full on Netflix.

‘Star Wars: The Bad Batch’ Big Problem Solved, Rex Returns
Kylie Jenner Is The Latest Kardashian Member To Have A Crazed Stalker
Teen Mom 2 Drama: Briana DeJesus Calls Out Two Cast Members For Being Fake
‘Zoey’s Extraordinary Playlist’ Canceled: Can It Be Saved?
‘Live Rescue:’ Will A&E Resuscitate The Series After The Pandemic?