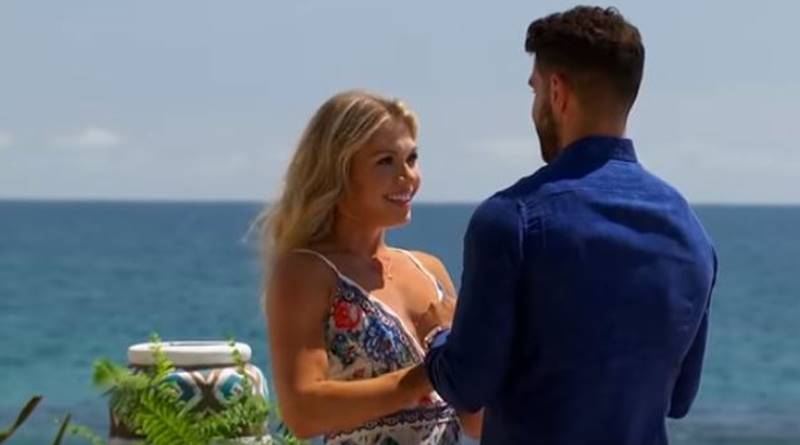 BIP fans saw Krystal Nielson and Chris Randone marry in August last year. The wedding came after a bit of indecision about where the relationship would go. But, finally, the wedding episode aired. However, they announced this week that they decided to officially separate.

BIP – The statement of separation between Krystal Nielson and Chris Randone

TV Shows Ace reported that the couple very nearly never married. But, once they tied the knot, they quickly talked about raising their own kids. Recall that Chris moved to California and he and Krystal parented the pups that Krystal owned. But, now it emerged that the couple who met in BIP Season 5 and married in season 6 broke up already. The news emerged via the official Bachelor Nation website.

The statement said that “It hurts to announce that at this moment, we have mutually decided to separate.” Much like before the wedding, they feel that they “both need to work on [themselves].” While they said that they remain “best friends,” and they still “care for each other deeply,” they’d like some privacy right now.  Naturally, the couple hated the idea of making the separation announcement, but they took the time to thank their fans for following their journey.

Bachelor in Paradise fans react to the separation

Bachelor guru, Reality Steve shared the news on his Twitter. Over there, plenty of people responded to the news of the separation. The speed at which the event came along surprised some people, who then speculated that maybe it wasn’t a “real” wedding. One noted, “Is there something they’re not saying? Were they really married…or was this a Marcus and Lacey “marriage”? Wasn’t even 8 months since they married.”

Another BIP follower noted, “They need to work on each other? Didn’t she do this twice so far since they been together? I think he makes her feel bad about herself. Never liked him!” Meanwhile, other people commented that they saw it coming. One person said, “after seeing his toxic behavior in paradise I’m surprised she even left with him. Let alone marry the psycho.”

Then, one person noted, “there’s a big shocker. NOT!!” Others speculated they just married and stayed together long enough to get paid by ABC. One BIP fan commented, “I wonder if there are contracts for these couples meaning you make X dollars if you date for so long you get additional money if you get married but in order to keep that money you have to stay married for 6 months and then once they meet those ruled they can divorce.”

Wtf!! Now that’s a joke!! They just got married!! Today’s generation don’t listen to their vows…for better or worse…for sickness and in health….🤭😟

What do you think about the sudden news that Krystal Nielson and Chris Randone separated? Do you think they should have stuck with it a bit longer? Or, do you believe they just married under their contract? Sound off your thoughts in the comments below.
Remember to check back with TV Shows Ace often for more news about ABC’s BIP.

‘LPBW’ Will Zach & Tori Move To Roloff Farms For Jackson And Lilah?
‘SSW’ Sidian’s First Wife, Jennie, Ends Rumors In Tell-All Exclusive: Part 1
‘LPBW:’ Wait! Does Jackson Roloff Have A Speech Problem?
Maddie Brown Brush Is Proud Of Her Mom Janelle & Here’s Why
Julie Chrisley Dishes: Who Is Her Favorite Person To Cook With?