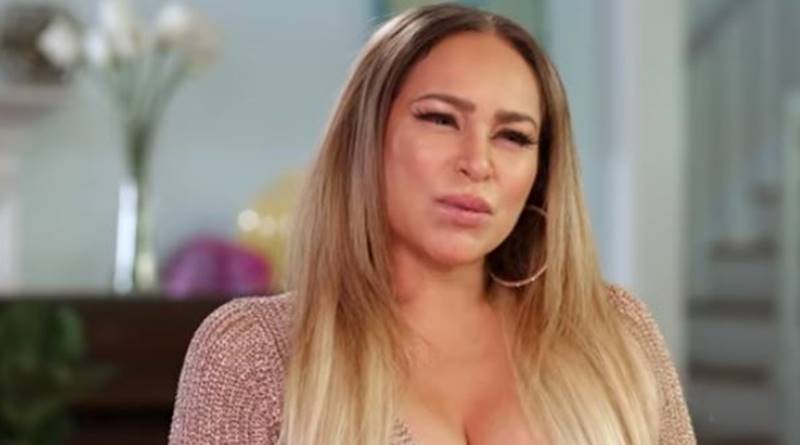 90 Day Fiance fans heard that Darcey returns to yet another one of the TLC shows. She and Tom Brooks appear in the upcoming Before The 90 Days. It’s the fourth time they’ll see Darcey hunting down someone to put a ring on her finger. Meanwhile, she continues posting those blinky-blink, hair stroking clips on her Instagram. Now, fans aren’t happy as they think she might be wearing real fur.

90 Day Fiance – Darcey’s back in the new season, shares on Instagram

TV Shows Ace reported in December that TLC brings back Darcey Silva for a record-setting 4th time. Some fans think she pretty much made a career out of the show and simply messes up each time so she can try again. But, others believe she’s a mess and many people grow tired of “Desperate Darcy” who always seems to be in tears. But Darcey just ignores the haters and carries on sublimely. Mind you, sometimes these days she stops allowing embeds of her posts. E! News reminds viewers that they can see Darcey again on TV when the show premieres on Sunday, Feb. 23 at 8 p.m. on TLC.

For some inexplicable reason, lately, Darcey’s Instagram Stories often seem to feature her stroking her hair, pouting, and making her eyes blink a lot. Maybe she thinks she looks seductive? But, for whatever reason, she persists. Now, she posted up a short video clip of her doing that again. This time though it came on her main Instagram page. Fans of 90 Day Fiance were quick to spot looked like fur on her outfit. Some of them grew grumpy about that.

On her Instagram post, Darcey just captioned it with, “I love nyc! Gotta love s*x and the city! ❤️💋.” One critic wrote, “You’re seriously wearing real fur?” But, others thought it might not actually be real.

One person replied, “doesn’t look like a real one.” Another said that as this is Darcey, it’s probably “faked.” But then one critic noted, “but if [it] is real.. shame on her.”

Further on in the comments, the critics stepped it up. One fan complimented Darcey on the coat. Someone replied to that saying, “Oh yes! The real fur is just fabulous! 💁🏼‍♀️All the animals that were skinned for her coat…Doesn’t it make you want one?”

But other 90 Day Fiance critics didn’t mention the fur. However, that didn’t stop them from trolling on her. One person wrote, “Your soo into your looks. its so not attractive. Enough. I feel so sorry for your girls. not a good example to see their mom posing in such an errotic way. If thats all you got is your looks to show ppl. Then u got issues,(sic).”

Remember to check back with TV Shows Ace often for more news about 90 Day Fiancé: Before the 90 Days.