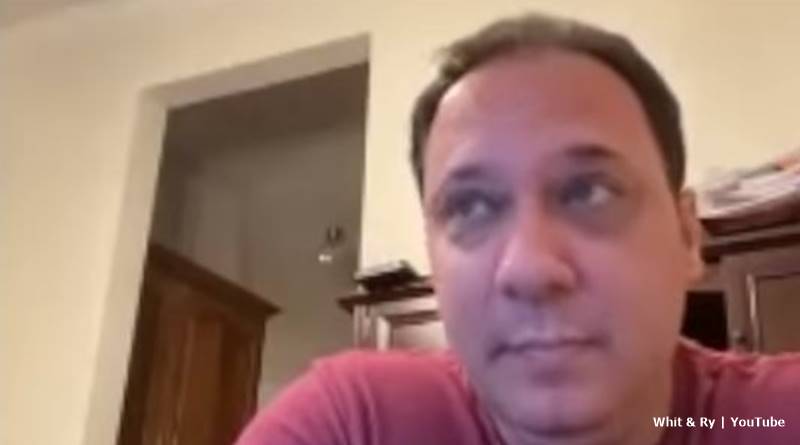 The Bachelor brings all sorts of theories by fans and media about the ending of Peter Weber’s season. A theory from Reddit got picked up that Peter ends up asking for the hand of producer, Julie LaPlaca. A surprising number of outlets published the story, including Cosmopolitan, Hollywood Life, and The Daily Caller. Now, Reality Steve slammed the media for running what he calls a “click bait” story.

The Bachelor – Reality Steve rubbished the producer theory from the beginning

TV Shows Ace reported that Steve tweeted, “Gonna make this as simple as possible for every1 since it’s all I get asked now: It’s garbage.” He also added that people just “grasp at straws.” But, we noted that many of his followers actually believed it was plausible. Nevertheless, Steve stuck with his take on it, noting to one follower, “It’s actually not remotely plausible.”

The story that came off Reddit was based on post-filming shots of Julie with Peter. In fact, it’s not that uncommon, as these sort of pics emerged ages back of her with Hannah Brown and previous The Bachelor contestants. Steve thinks the word “spoiler” suggests something misleading.  Simply a “theory,” and misguided, Steve slammed the media who run the story.

Gonna make this as simple as possible for every1 since it’s all I get asked now: It’s garbage, there is absolutely nothing to this, it makes zero sense & people are desperately grasping at straws bc the ending isn’t out yet.

Hope that clears things up. https://t.co/ZFjdFSDJSz

Reality Steve took to his blog on Wednesday, February 12. He reiterated that he still believes it’s utter nonsense. Steve wrote about the “crazy” theory. He noted, ” by crazy, I mean people that still believe Peter ends up with his producer.” Once again, he noted that he still thinks that Madison ends up in the final game somewhere. Her and Hannah Ann Sluss. Once again, he reiterated that the finale does not involve Hannah Brown or anyone not related to the franchise.

The Bachelor guru went on rather angrily about the media who continue to run the story. He noted, “So media outlets…keep peddling their “Is Peter with a Producer” click bait stories.” He said that in the end, they’ll just “end up with egg on their face.” He pointed out that’s “not the case.” He called it a “ridiculous…option.” Reality Steve noted again that it “makes zero sense on any level.” Next, he went on to complain it shouldn’t even be out there “as a spoiler “as it’s based on “post-filming social media pictures.” Finally, the renowned guru noted – “Shame shame.”

What do you think about Reality Steve slamming the media for carrying the producer story? Do you agree that it looks like just pedaling “click bait?” Sound off your thoughts in the comments below.