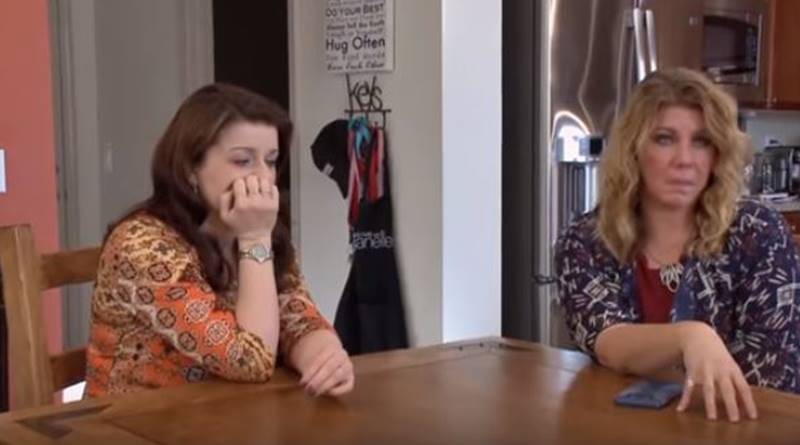 Sister Wives fans know that over the last year or so, Robyn Brown kept very quiet on her social media. But, she popped up again on Twitter when the new season started. However, fans noticed her absence from the conversation during and after this week’s episode. Recall that we saw her complaining about the proposed giant house. She didn’t like the idea of seeing the other wives go out on a date with Kody.

On the show this week, TV Shows Ace noted that Robyn objected to the big house with one main entrance. She felt it would be rather difficult for her to sit and watch Kody take another wife out on a date. Actually, it’s odd, as these women all share a man but seem to find it hard to conceive that he might pay any of the others some attention. Anyway, it what it is, and despite fans being confused, there’s dissent over them all sharing a big home.

Kody noted on Twitter his support for what Janelle said about Robyn’s feelings on seeing them leave for a date. Janelle said that if the others didn’t like it then they could easily just not “look out the window.” It seemed that Kody took aim at Robyn’s dissent during the show this week. He tweeted live, “If you don’t want to see me leave with the other wife, don’t look out the window. “Actually, when he disagrees with Christine over the big home, the Sister Wives patriarch’s quick to slam her on his social media. But he seldom slams Robyn.

I'm trying to do something here. Why so much ridicule?

Yeah! @JanelleBrown117
If you don't want to see me leave with the other wife, don't look out the window.#SisterWives

Robyn silent during and after the February 9 show

The Hollywood Gossip reported that Robyn “went dark” on social media. But, let’s be honest, the previous week the show didn’t air because of the Super Bowl. So, really, she only went “dark” on the single episode this weekend. So, possibly it’s nothing to worry about. Maybe she just felt unwell and lay down rather than being “punished” by the wives for her views on the single mansion.

Recall that the newest Sister Wives wife took to Twitter happily enough to complain about Kody spoiling Christmas when he held his big meeting about the single home. She shared, “I have no idea how I feel yet about the one house idea but I know I don’t want to have everyone freaking out and upset on Christmas.” Then, she also said, “‘I don’t think I am being a bit dramatic.’ – Kody Brown.” So, it’s clear she’s not scared to have her say against Kody.

I have no idea how I feel yet about the one house idea but I know I don’t want to have everyone freaking out and upset on Christmas.

What do you think about Robyn staying silent on Twitter during the February 9 show? Do you think she’s being “punished,” as speculated by THG? Or, is she just taking a break because she can? Sound off your thoughts in the comments below.