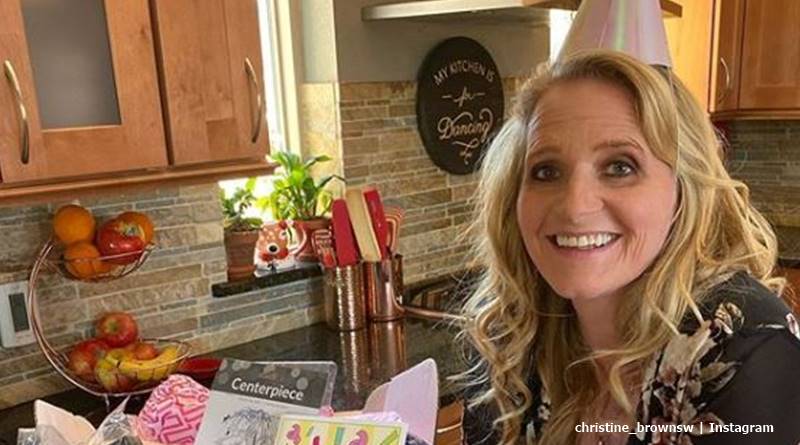 Sister Wives fans seldom slam Christine Brown. They enjoy her lighthearted Car Confession videos that she does. They also like the way she lost weight. While she more recently got some criticism for selling the LuLaroe MLM clothing line, she’s usually not trolled. But on Tuesday, fans slammed her over buying plastic water bottles.

Sister Wives – Christine’s popular but not immune from criticism

Probably one of the top fan-favorites of the TLC show, fans don’t often diss on Christine. The third wife of Kody Brown brings a lot of humor to her social media. TV Shows Ace reported that fans saw her share a funny video of  Ysabel’s’ Christmas fail when she played a part in Elf. We also mentioned how often she gets out with her daughters, enjoys a lot of fun and teases them about who’s her favorite.

Sister Wives fans generally enjoy her sense of fun. Plus, fans feel a bit bad for her this season. Kody seems upset that she rejects the idea of them all living in one giant mansion. In fact, he had a go at her on Twitter during a live episode. But that doesn’t mean fans overlook everything they disagree with. Now, she just got slammed by several fans after they saw she still stocks up on plastic water bottles.

Christine gets slammed after posting about her mud room

Taking to Instagram, Christine shared two pictures. One showed her very fully stocked mud room. The other showed some stuff in the back of her car. She captioned it with, “This is just ridiculous!! My mud room needs some help. Something from the back of my car has got to work!” Then she used the tags, “#mudroom #organized #makingshelves.” Well, that seemed fine as it could use some shelving and organizing judging by the photo.

Several other people complained about the Browns buying plastic bottles of water. Another Sister Wives critic wrote, “I love you girl but please stop buying plastic water bottles! Plastic is taking over and destroying the ocean!” Meanwhile, another noted, “Maybe stop with the cases of wasteful water bottles??? 🤷🏼‍♀️ Just a thought.”

This is just ridiculous!! My mud room needs some help. Something from the back of my car has got to work! #mudroom #organized #makingshelves #toomuch

What do you think about Christine getting slammed for buying plastic bottled water? Do you think they might actually recycle? Sound off your opinions in the comments below.