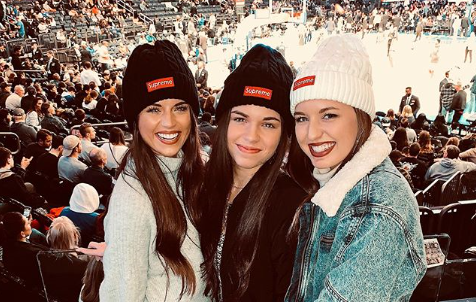 Madison Prewett has been a front runner for Bachelor Peter Weber from the beginning. The main reason for this is because she stays out of the drama. Madison got the first one-on-one date with Peter and he took her to meet his family. His parents renewed their vows so it was arguably the most romantic date he could have taken her on.

While he’s dated other women and they’ve engaged in a lot of drama, Madison has sort of been waiting around. Recently though she got another one-on-one date in the last episode and Peter told her he was falling for her. Peter said, “It’s scary as hell for me, but I feel so good about you that I know that I’m falling in love with you .” She seemed to leave that date feeling really good about their relationship.

Who Is Madison Prewett?

Madison Prewett is a foster parent recruiter who wants to open up her own orphanage one day. She is only twenty-three, but is one of the more mature girls competing for his heart. She is deeply committed to her religion and she shared that with Peter during their recent fishing trip in Pucusana, Peru.

Madison was on an episode of The Price is Right so she’s had a little television experience before this. Like some of the other women she competed in beauty pageants. Her first love is basketball and she was MVP in high school.

What Are Her Chances As Hometowns Are Coming Up?

In a preview for the new Bachelor episode fans got to see Madison is keeping a secret according to US Weekly. Madison Prewett is not only very religious, but she’s saving herself for marriage. This isn’t something she shared with Peter yet. In the preview, it shows there’s a possibility he sleeps with someone before they go to fantasy suites. Madison can be heard saying, “if he sleeps with anybody else, it’s going to be hard for me to continue to move forward.”

Madison stated after their latest date, “this is exactly what I want in a marriage. I want someone who is so real and honest with me, someone who wants to get better.” She went on to say they need to value faith and family. She felt like the date was a huge step for them. With hometowns coming up, the choices are narrowing down and fans will have to wait and see if Madison can move past this part of their relationship for their happily ever after.