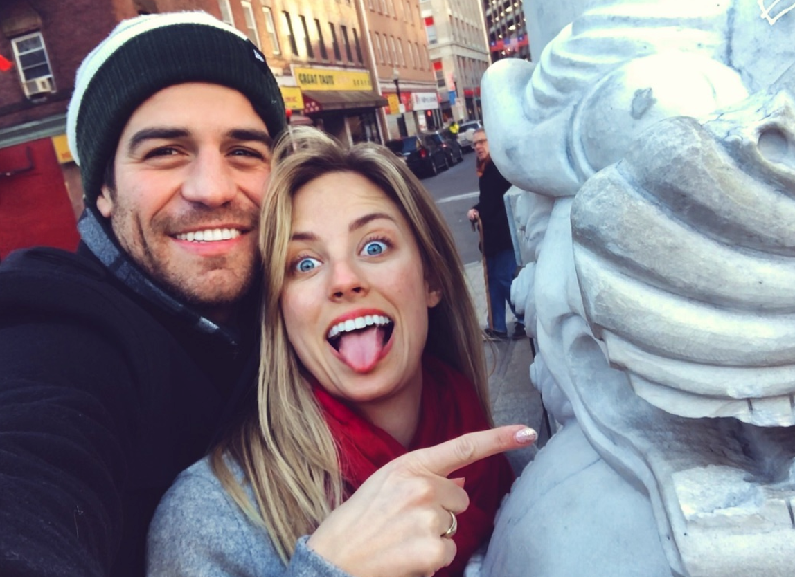 Bachelor in Paradise alum Kendall Long was blindsided by her breakup with Joe Amabile. She realized that she didn’t know it was coming. Bachelor Nation was also in a state of shock over the news.

Now just two weeks after the Bachelor in Paradise alumni ended their relationship, Kendall spoke out about their breakup. It’s clear that she’s still trying to process her feelings. She thought that Grocery Store Joe was the one. She felt that they had a good thing going, and they would last forever.

As Us Weekly reported, Bachelor in Paradise alum Kendall Long addressed their shocking split during an episode of her Down to Date podcast. She posted on Instagram that she was going to have a “vulnerable” discussion with her best friend Rachael Kevin. In the post, Kendall thanked her friend for listening to her feelings.

Talking about breakups is never fun but having one of my closest friends join me for this episode of Down To Date makes it easier to be vulnerable. One thing I always try to remember is that the end of something never means that it was not beautiful and worth experiencing. Thank you all for your continued empathy and support through this. —>Link In Bio

During the podcast, Kendall admitted that she did not see their breakup coming. She wasn’t aware of the warning signs. It’s understandable that Kendall felt blindsided since the couple just took the next step in their relationship. It also appears that the split was Joe’s idea because they couldn’t agree on living together in the Windy City.

“I did not see it coming,” the reality star said. “Every relationship has issues but I feel like – with Joe and I – we were best friends. Everything was fun, we were getting a dog together. We had just moved in …. Ultimately what happened was that Joe felt like he would have a better [life] in Chicago.”

Kendall said that she didn’t want to move to Chicago. But she has no animosity towards her ex. She said that “there’s still a lot of love and respect” between her and Joe. However, he didn’t express his feelings of moving to Chicago before the couple moved to Los Angeles together.

Last month, the couple announced their split to Bachelor Nation. The couple even released a joint statement, as reported by Page Six. At the time, it seemed like a mutual decision even though Kendall admitted that she was blindsided. But it’s also obvious that someone else wrote their PR statement.

“We have decided mutually to go our separate ways. Joe has made the decision to move back to Chicago while Kendall will be remaining in her hometown of Los Angeles,” the statement said.

The news of their split came one month after the couple expressed getting married in the future. In an interview with Entertainment Tonight, Kendall said that she and Joe have thought about their wedding plans. They also talked about the possibility of engagement. Kendall felt certain that that was their future.

Kendall appeared during Season 22 of The Bachelor during Arie Luyendyk Jr’s season in 2018. That same year, Joe appeared on Becca Kufrin’s season of The Bachelorette. The two went on to meet on Season 5 of Bachelor in Paradise that same summer. The couple shares a dachshund named Pistachio.

What are your thoughts on Kendall Long and Joe Amabile’s split? Were you also shocked over the news? Sound off below in the comments section.

Follow TV Shows Ace for the latest news on your favorites from Bachelor in Paradise.