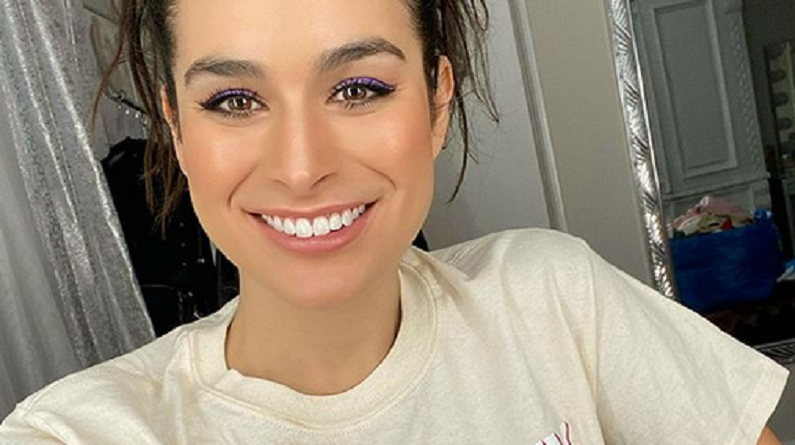 Ashley Iaconetti wants to see a different Bachelorette for a change. She doesn’t want Hannah Brown to return to the reality dating series. But she is open to the idea of a Bachelor alum becoming the next Bachelorette. Hannah Brown was rumored to get a second season, but some feel it’s not a good idea.

Bachelor Nation alum shares her predictions for the next Bachelorette

As Life & Style reported, Ashley Iaconetti stepped out in style while promoting her partnership with K-Y lubes and gels. She partnered with the brand to get women talking about their sex life. Ashley, who used to talk about her virginity, wants women to have their best sex ever. During the event, Ashley shared her predictions for the next Bachelorette and why Hannah Brown shouldn’t return to the mansion anytime soon.

“I would love to see Hannah be the Bachelorette again in a couple of years,” she revealed. “I don’t want people to get Hannah burnout.”

That’s when the Bachelor in Paradise alum said she would love to see an older contestant become the next Bachelorette for a change. Ashley feels that Bachelor Nation feels the same way. Fans are feeling nostalgic, especially after witnessing Peter Weber’s season.

“People are really craving an older cast and perhaps lead,” the 31-year-old said.

At the age of 25, Hannah is the youngest Bachelorette out of the franchise. She appeared on Colton Underwood’s season, who was just 26. Although Peter Weber is 28, most of his contestants are younger than him, as TV Shows Ace reported. The entire premise of The Bachelor franchise is about finding the love of your life. So, a focus on older and former contestants could lead the show in a new direction.

Ashley would love Andi Dorfman to become the next Bachelorette. During the interview, she shared her reasons why.

“She’s witty, whip-smart, stunning and won’t put up with crap,” she said. “I’d also love to see the beautiful Clare Crawley, she’s such a warm, nurturing soul who knows what she deserves.”

When it comes to the current season of The Bachelor, she feels that Pilot Pete will choose Madison. She feels that this couple is “compatible” even though Madison wants to remain a virgin until marriage. Ashley believes that the 23-year-old is just “as interested in him as he is with her.”

The couple first met on Bachelor In Paradise. Since then, they have been enjoying wedded bliss. Ashley and Jared had a date night during the premiere of Fantasy Island on Tuesday night, February 11. As the Daily Mail reported, the couple wore matching denim outfits on the red carpet. This comes after Ashley celebrated six months of marriage on Instagram.

Happy 6 month anniversary to us!

She posted a photo of herself kissing Jared while holding up their marriage certificate in front of the Newport Court House. The couple had a lavish wedding in Newport, Rhode Island last summer.  Ashley previously shared her thoughts on having children. She said that while she wants three kids, she is not quite ready to get pregnant.

Do you agree with Ashley Iaconetti that an older contestant should become the next Bachelorette? Sound off below in the comments section.

‘Bold And The Beautiful’ Weekly Spoilers: Steffy Hangs With Liam, Sheila Has A Partner In Crime
Savannah Chrisley’s Jaw DROPS, Nanny Faye Hid Her Flask Where?!
Savannah Chrisley Secures Her Back-Up Baby Daddy: Who Is He?
Clare Crawley & Dale Moss Split?! Here’s Why The Bachelor Nation Rumor Mill Thinks So
Chase Chrisley Likens Father Todd To A Tornado, And Here‘s Why