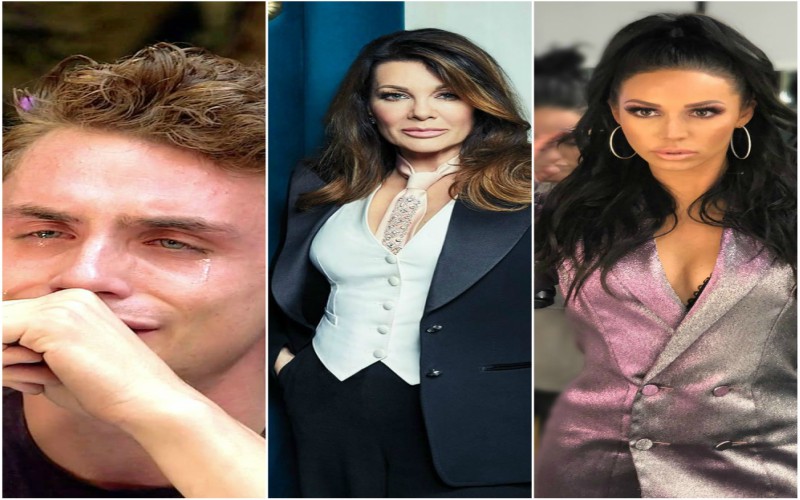 Vanderpump Rules fans are sure of one thing: Lisa Vanderpump doesn’t put up with any shenanigans. The SUR owner takes on a motherly role to her employees but isn’t afraid of tough love.

To answer a question recently posed by TV Shows Ace, James Kennedy makes his return to VPR this week. The drama between co-stars Scheana Shay and newbie Dayna Kathan also heats up. Lisa puts herself firmly in the middle by telling the Good As Gold singer to cut the new VPR star some slack.

Vanderpump Rules star James Kennedy likes his liquor. During the show’s previous season, James often verbally tussled with his co-stars after having too much to drink. His drunken rampages include fat-shaming Katie Maloney-Schwartz, attacking Lala Kent’s relationship with Randall Emmett and causing a ruckus during his DJing job at SUR.

In fact, Lisa eventually fired James from as DJ because of his behavior. During the Season 7 reunion, James was accused of doing drugs by Tom Sandoval. James denied using drugs, but a common fan theory is that the word ‘pasta’ is used in place of ‘cocaine.’

James and Lala once got in a bizarre argument where James repeatedly yelled: “It’s not about the pasta!!” The rumors took off from there. Sandoval even made light of the pasta thing in his Fancy AF Cocktails book.

A few months ago, James revealed that he was five months sober after a disastrous Season 8. The teaser trailer released before the season began showed a belligerent James arguing with girlfriend Raquel Leviss. She admits to the other girls that James called her horrible names.

However, the episodes currently airing are from before James got sober. His struggle with alcohol is on full display this season. New VPR star and manager of TomTom, Max Boyens, gives James a DJ job during the bar’s Pride parade after-party.

A preview of the February 11 episode shows Lisa having a sit-down with James to catch-up. She asks if he is still drinking and he replies, “No, not today.”

Could James get back in Lisa’s good graces? He wants his job back at SUR, but she has been reluctant so far. Will she change her mind?

Is Scheana Jealous of Max and Dayna?

As we learned in the season premiere, Scheana had a brief fling with Max before filming began. However, Max is ready to move on with SUR newbie Dayna. He agrees to hang out with Scheana on the weekend, but also agrees to plans with Dayna.

Hollywood Life reports that Lisa suspects something is up between Scheana, Max and Dayna. She calls out Scheana for her attitude toward Dayna, whom Scheana is supposed to be training at SUR.

Scheana, of course, denies being jealous. However, Dayna is done with the drama.

One part of the preview fans couldn’t wait to see was the showdown between Dayna and Scheana. It all goes down this week when Dayna reaches her limit of Scheana’s jealousy.

As the preview shows, Dayna snidely reminds Scheana that to act like an adult, not a teenager. We know that things go south between Dayna and Max at some point. Will Scheana extend an olive branch or gloat?