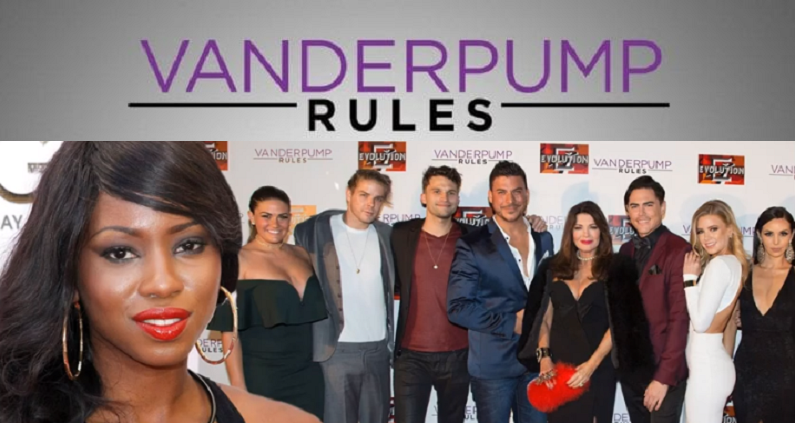 Vanderpump Rules alum Faith Stowers moved on from the reality show. She’s focused on raising a family with a new man in her life. She welcomed her first child with her new boyfriend, Marcio Marchena II. The reality star made the announcement to her fans on Monday, Feb. 10. Read on the learn more about the exciting baby news.

As Us Weekly reported, the 30-year-old posted on Instagram that she gave birth to her first child. In her post, Faith wished her boyfriend, Marcio Marchena II, a wonderful birthday. She seemed really happy about their relationship. Faith called Marcio “the most amazing man in the world.” Faith credits God for bringing them together.

Happy birthday to the most amazing man in the world 🌎‼️I love you with all my soul and all my heart. ❤️ Our connection is God given. I’ll always make it my Buisness to make sure you are the happiest man on this planet. Just as you have made me the happiest woman. I can not wait to share every new experience and walk down roads never traveled with you by my side. You have given me the best gift 🎁 I can ask for ….another you. #marcio2 #myparentsarethebest

The Instagram post includes a photo of her boyfriend holding their new bundle of joy. Back in September 2019, she announced that she was pregnant. Faith revealed that she was excited to embark on this “new chapter in my life with my heart and best friend.” The Georgia native shared a photo of her sonogram on Instagram. She also took to her Instagram Story to exclaim that “life just got brighter and my heart is full.”

She followed up with a new post two months later. The Challenge star shared a photo of herself poolside in a sequined bikini. She captioned the photo: “Baby’s day out” along with the information: “25 weeks.” Faith used Instagram to document her pregnancy, including the baby’s gender reveal. She shared a photo of her boyfriend leaving blue handprints on her pregnant belly.

Faith has moved on from her reality TV life. The former SURver appeared on Vanderpump Rules in Season 6. She admitted to having an affair with Jax Taylor when he dated his now-wife, Brittany Cartwright. Back in December 2017, she told Us Weekly that the Bravo star wanted a serious relationship with her. Jax promised her that he would leave Brittany for her. Of course, Brittany and Jax got back together, and the rest is reality TV history.

Faith quit her job at the West Hollywood location and left the series. She also appeared on MTV’s Ex on the Beach and The Challenge: Final Reckoning. Meanwhile, Brittany and Jax remain on the show. On a recent episode of Vanderpump Rules, Brittany cried during her bachelorette party in an 80s-themed wedding dress, as reported by the Daily Mail. There was a sign outside the nightclub that bothered Brittany by the end of the night.

One of the signs read “Don’t do it, Brittany.” At first, she found it funny. But then Kristen Doute told Brittany that she thinks it was a setup that the club did to make fun of her and Jax. That idea got stuck in Brittany’s head and it ruined her night. Brittany and the rest of her friends ended up drunk and crying in their wedding dresses that night.

Brittany and Jax’s wedding has become the main storyline of Season 8 of Vanderpump Rules, which airs on Tuesday night, Feb. 11 at 9 p.m. ET on Bravo. Meanwhile, they’re keeping their baby plans on hold for now.

‘Bachelorette’ Preview: Katie Warns Clout-Chasers To Get The Eff Out
Todd Chrisley Talks About People Who Stab Him In The Back
Andy Cohen Dismisses Victims On Erika Jayne Documentary
‘RHOC’ Star Kelly Dodd SLAMS Fan For ‘Lies & Digs’ After Photo Op
‘Bringing Up Bates’ Sisters Bond Through Hard Times