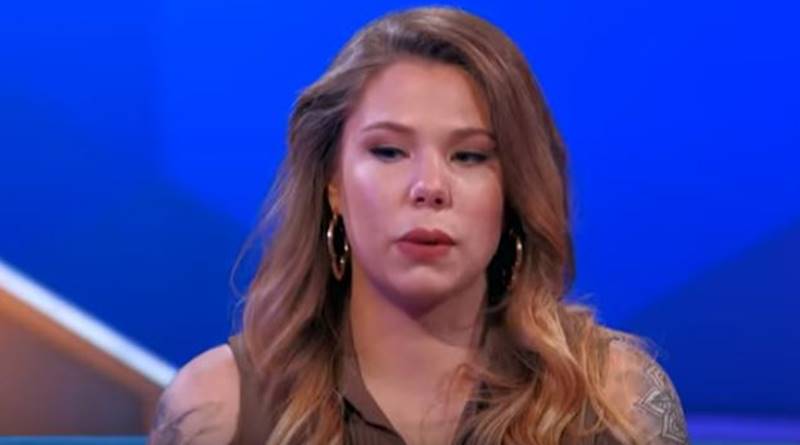 Teen Mom 2 fans heard earlier in February that Kailyn Lowry’s expecting a fourth child. Taking to Twitter on February 10, Kail shared about the gender of her baby. Many followers and fans noted the medium on Kailyn’s Coffee Convos podcast correctly predicted the gender of her next child.

Teen Mom 2 fans heard about her pregnancy back in early February. Tv Shows Ace reported that at the time, she was 16-weeks along. But, she never mentioned the father back then. However, rumor and speculation he was Chris Lopez got confirmed in a report by Us Weekly. So, for a while now, fans hoped for a gender reveal. However, as she never revealed genders before, nobody really held their breath.

Taking to Instagram on Monday, Kailyn surprised everyone with a gender real via one of those link-in-bio stories. So, fans migrated to Twitter, where the gender reveal instantly indicated the sex of the child. As usual, the Teen Mom 2 star picked up plenty of trolls and hate. But, Kail’s also got plenty of fans who love her. Many of them sent in their best wishes and congratulations on the new baby when they discovered the gender.

‘Fans who follow Kailyn and Lindsie Chrisley on her Coffee Convos podcast heard from a medium back in November 2019. Monica the medium spoke about sensing “baby energy in the room from both girls.” That came after she talked about Lindsey’s grandfather. She went on to talk about Kailyn. She said that she precited another child for her. Asked if she really wanted a boy, Kail said she preferred a girl. And, the medium said it looked like she would have a boy, as one is waiting to come.

Kail denied she’d have another boy, but now it turns out, that’s exactly what she got. In the Teen Mom 2 star’s gender reveal on Twitter, the photo showed nothing blue but one of her heart emojis was blue. Later, reading various articles, it emerged that indeed, she’s expecting that predicted boy. Fans commented on the baby’s gender, and some of them recalled Monica the medium on the podcast.

Fans recalled Monica and also comment on the gender

Followers who listened to the podcast noted things about Monica’s prediction. One said, “I had to go back and listen to the Monica the Medium episode because it’s so wild she knew you were going to have another boy and then you mentioned Vee texted you that she dreamt you were pregnant with a boy, too! So cool! Congratulations.” Another one noted, “The medium told us😃. She was so right about everything.”

I had to go back and listen to the Monica the Medium episode because it’s so wild she knew you were going to have another boy and then you mentioned Vee texted you that she dreamt you were pregnant with a boy, too! So cool! Congratulations!

What do you think about Kailyn’s baby gender reveal exactly matching what the medium told Kailyn Lowry in November? Sound off your thoughts in the comments below.

Remember to check in with TV Shows Ace often for more news about the cast of MTV’s Teen Mom 2.