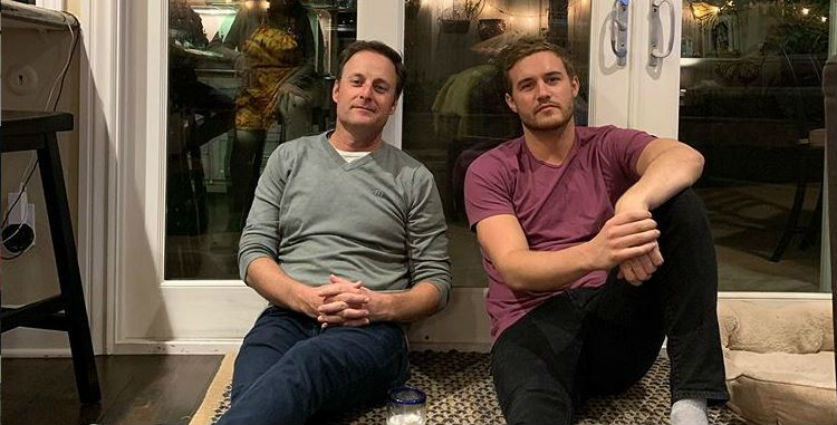 Things are getting juicy on The Bachelor. There has been so much secrecy surrounding the finale rose ceremony for Peter Weber. Fans are running wild with theories and now it’s really heating up. Finally, spoiler guru Reality Steve is dishing out some very important details surrounding Peter’s time in Australia. Hold on tight! Spoilers ahead and they may shock you.

One woman self eliminates from Peter’s final three

If fans have been following spoilers to date, they know Kelsey Weier is the lady eliminated after hometown dates. This leaves Victoria Fuller, Madison Prewett, and Hannah Ann Sluss heading to Australia with Peter. In Australia is where the much anticipated fantasy suite dates take place, the final two meet Peter’s parents and the final rose ceremony happens.

According to Reality Steve’s blog today, one woman takes herself out of the running for Peter’s final rose. After learning Peter was intimate with one, possibly two women during overnight dates one lady can’t handle it. Everyone should know from previews and also previous spoilers that Madison is a virgin and saving herself for marriage. She reportedly was struggling with knowing Peter engaged in sexual activities with the other girls. Madison self eliminated.

So what happens now?

Reality Steve is not sure what will happen. He is left with bits and pieces of information that he is sorting through. He feels very strongly about not sharing information with his followers unless he is very confident it is true. Steve has debunked many theories surrounding Peter’s historic rose ceremony. There is no Hannah Brown, no pregnancy and no ending up with a producer. Steve knows the drama is all surrounding Madison and/or Hannah Ann.

While Madison does self eliminate, Steve is not sure if she actually left Australia or was still there. He thinks she was still in the country. He is also not sure when exactly the elimination took place, however, he feels it was more than likely prior to meeting Peter’s parents. This leads us to Peter’s mom crying saying bring her home to us, don’t let her go. More than likely she is talking about Madison.

If Hannah Ann is still there and the rose ceremony hasn’t taken place, it would not make sense for his mom to be upset over her. Madison is the only logical answer. So what will go down in Australia? Will Peter fight for Madison and convince her to stay? Or will he end up with Hannah Ann. These are all still questions everyone has and can’t wait to get answer to.

‘The Masked Singer’ Fans Think They Know The Bull
Wells Adams Will Not Be Taking Over For Chris Harrison
Hannah Ferrier Could Return On ‘Below Deck Australia’ And Here’s Why
Duggar Snarks Think Jim Bob Is Going Broke Over Josh’s Scandal, Legal Fees
J. Lo Assassin Action-Thriller ‘The Mother’ on Netflix: What We Know So Far