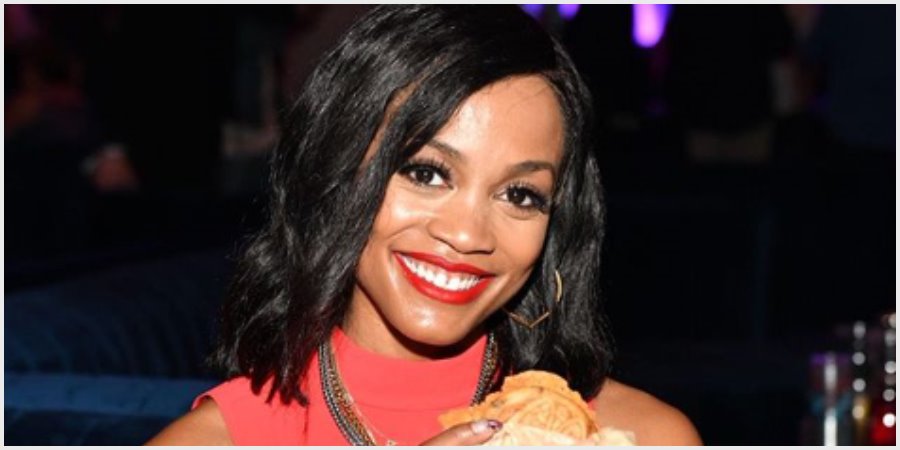 When Rachel Lindsay of The Bachelorette went on Bachelor Party, the host, Juliet Litman asked her if she knew Dean Unglert and Caelynn Miller-Keyes. Lindsay reminded her Dean was on her season and competed for her heart.

When it came to Caelynn, Lindsay didn’t have nice things to say. Caelynn had been on Colton Underwood’s season and came onto Bachelor in Paradise with drama. She had some sort of relationship with Blake Horstmann before the show. Both have different versions of events. She said, “Connor walks in, she’s flipping her hair and she’s like, ‘Connor is who I wanted to meet the entire time.’ She apparently was crying over Dean at the wedding but then sees Connor and completely changes.”

Now Caelynn and Dean’s relationship bring joy to their fans. They are one of the only couples still together from their season. People enjoy following them on Instagram.

WE DID A THING TOGETHER 🖤🎙. I am so proud of my hubby! He started a HEALTHCAST and had me as his first guest ☺️. It’s not often we get to work together nor do we share a lot about our relationship on social media . But this interview was really special because @thebryanabasolo was able to ask questions on another level because he knows me in a different way. If I were to write a book, this conversation would be the pages within that book. Go check it out (LINK IN BIO). Excited for you guys to go deep with us and understand some of the facets that have helped us establish a healthy relationship ❤️ #rnb

Why Does Rachel Lindsay of The Bachelorette Not Care For Caelynn?

Rachel Lindsay said, “I just don’t get Caelynn and I’m not a huge fan.” Part of that is because Rachel didn’t understand how she could be head over heels in love with Dean but then switch to Connor so quickly.

She stated when Caelynn came on her podcast, Bachelor Happy Hour, she lied. Lindsay said, “Caelynn did our podcast but we never got to air that episode.” She said that people think she dislikes Caelynn because of the Blake situation. Lindsay said that’s not the case.

She Knows Things The Public Doesn’t About Caelynn

Rachel Lindsay said she knows things about Caelynn everyone else doesn’t. According to The Cheat Sheet she said, “I’m privy to information that you didn’t have because I did an entire podcast with her that contradicts everything that you saw. That’s why we didn’t air it; it was that bad,”

Lindsay had Dean on the podcast and she admitted she was rude about it. She told him she didn’t get it and he explained his relationship. Lindsay said eventually she was convinced he was good for her. She said, “I think you’ll show a different side of her, and kind of ground her a bit.” Rachel Lindsay is one of the more vocal former Bachelorettes. She’s never been shy about who she thinks is fake in Bachelor nation.