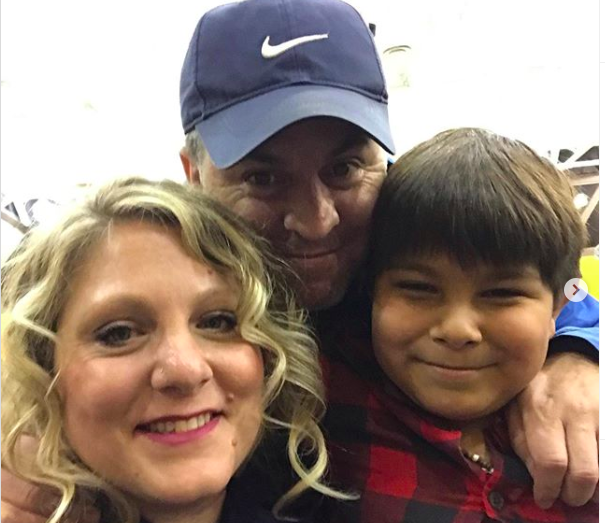 90 Day Fiancé star Anna Campisi is ecstatic that she finally married her Turkish love, Mursel Mistanoglu. But, did it cost her the support of her two sons?

After their wedding aired on TLC Sunday, she posted pictures on Instagram. Yet, according to heavy., there were a few people missing from the photos of the biggest day of her life. The missing duo was Anna’s eldest son Joey and middle son Gino.

Anna captioned her post, “I’m finally able to post! @darbslj3 thank you for taking beautiful photos!! Just in case anyone is curious…there was an interpreter during the ceremony. Mursel knew exactly what he was getting into..TLC edited that out of the ceremony.”

I personally think that is a wonderful addition to their ceremony. What a great idea since Mursel doesn’t speak much English. It was clear Anna wanted fans to know Mursel was completely in the loop on everything that was happening that day.

I’m finally able to post! @darbslj3 thank you for taking beautiful photos!! Just in case anyone is curious…there was an interpreter during the ceremony. Mursel knew exactly what he was getting into..TLC edited that out of the ceremony.

Those who saw Sunday’s episode of 90 Day Fiancé won’t be surprised by Joey and Gino’s lack of presence. Heavy. states that Joey and Anna’s own mother said they would not attend the backyard night wedding as they did not support their marriage.

But what is even more noteworthy is that Joey and Gino are not even in the new pictures Anna shared after the wedding. It seems Anna was anticipating her fans to notice because she mentioned that Joey and Gino simply do not like taking pictures.

She captioned one of her Instagram photos as, “Some cuteness I couldn’t post…Joey and Gino aren’t in a lot of photos, because they don’t want to get photos taken much. It isn’t for any other reason. #90dayfiance.”

During the latest episode of 90 Day Finacé, her youngest son Leo can be seen being very supportive of his mother’s wedding. He asked to walk his mother down the aisle and was also excited to eat the cake. Leo even asked for everyone’s attention and gave a speech, which of course filled the audience with glee.

Don’t forget to check back often for more news about the cast of TLC’s 90 Day Fiancé. Be sure to catch the newest episode every Sunday evening on TLC!

Arie Luyendyk Jr. Gives Update On Daughter, Reveals Son’s Name
Adam Busby Shares Photo As He Takes The Top Off
Julie Chrisley Dishes: Who Is Her Favorite Person To Cook With?
Pucker Up! Amelia Hamlin Bares An Uncanny Resemblance To Lisa Rinna
Rivers Waldrop Rushed To Hospital After Nasty Fall