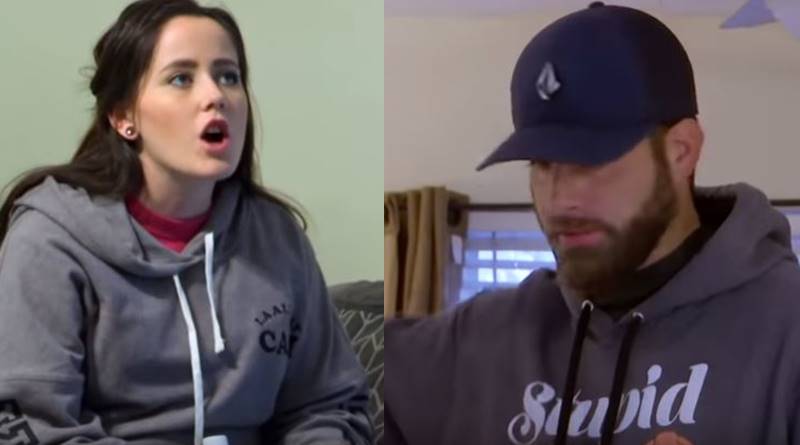 Teen Mom 2 fans sometimes get very confused by Jenelle Evans. Often, what she says and what she does, arrive at different outcomes than initially suspected. This weekend, she was spotted out with David Eason at the Nashville at the Kitchen & Rooftop Bar. Plus, someone noticed her wearing a ring in a photo. So, fans wonder if they got back together again, maybe for Marriage Boot Camp.

Teen Mom 2 alums, rumors Jenelle and David Eason got back together

The rumors that David and Jenelle may have gotten back together started when Ensley’s birthday came along. TV Shows Ace reported that fans grew confused about their relationship. Towards the end of January,  David and Jenelle were seen in Nashville together. But, it seemed that he wasn’t there just for Ensley. From TikTok videos, some people thought they’d been hanging together for about a week.

Jenelle already dropped her restraining order against David, and presumably, it meant that David could help with co-parenting his daughter. But, it seems like he’s spending quite a bit of time with Jenelle, as evidenced by photos that emerged this weekend via TMZ. According to the outlet, they went for a drink at the Kitchen & Rooftop Bar in Nashville on Saturday night.” Plus, the Teen Mom 2 alums were seen out on Friday. “Jenelle and David grabbed some barbecue at Famous Dave’s BBQ in Hermitage, TN.”

On her Instagram, Katie Joy of Without A Crystal Ball shared a screenshot of Jenelle apparently wearing a ring. It’s faint and blurry, but it looks like it’s there. Katie wrote, “What’s that on your left ring finger…Jenelle?.” Well, with cameras, it’s not always easy to make out which hand people use. When someone asked if she wore it on her right hand, Katie pointed out her piercing. That’s on the same side as her left hand.

What’s that on your left ring finger…Jenelle?

One follower noted that somewhere, a Teen Mom 2 fan said she saw her wearing a ring in a TikTok video as well. Meanwhile, over on one of Katie Joy’s YouTube videos, comments came in about it. Mostly, the video mentioned Jenelle and David going out together. Someone commented, “marriage boot camp is coming soon.”

Another comment on the video said, “Jenelle was in North Carolina for about a week. Then they were seen at famous Dave’s Fri night with no kids and seen last night at a bar. So i think it’s a safe bet that the kids were left in North Carolina and they drove to Tennessee to pack up her stuff and she’ll be moving back to the land. I could be wrong but that’s my guess.”

Katie noted that it looks like MTV won’t take her back on the Teen Mom 2 show. Fans of the show speculate that maybe the split was to get back on the show. If that failed, maybe she’s gone back to him. But, Katie notes they deny it’s anything more than co-parenting.

What do you think about Jenelle and David Eason spotted out enjoying some drinks in Nashville? Might they get back together again? Sound off your thoughts in the comments below.