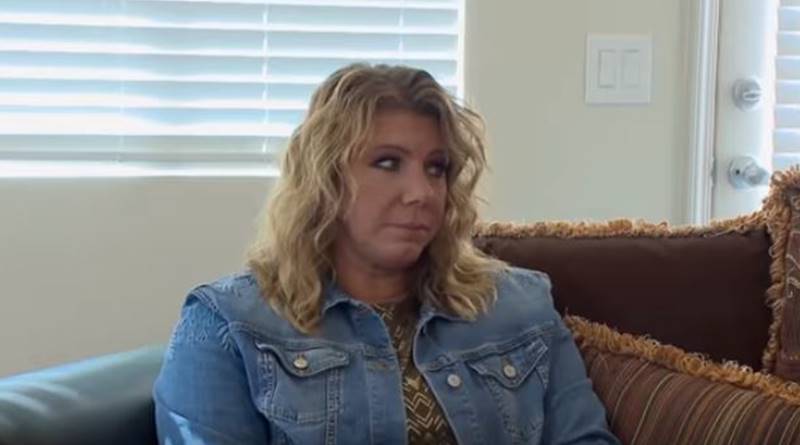 Sister Wives saw on the current season that Meri first moved into a small home in Flagstaff. However, her stay ended up being short-lived as the neighbors complained. So, she returned to Las Vegas for a while. Upon her return, fans noticed she finally ended up in a huge house. That puzzled many people as Mariah’s no longer at home and Meri’s just one person. Now, Kody explained the reason for her large home.

TV Shows Ace reported last week that Kody dished some stuff on the podcast Reality Life With Kate Casey. We noted that he spoke about a wide range of things and the fact that he struggles with keeping all four wives happy. Plus, he noted that none of the kids seem inclined towards a polygamous life. But, he also dished something interesting about Meri Brown’s large home. And, contrary to what many fans think about Meri, it emerged she’s not as estranged from the family as fans might think.

During a rapid-fire Q&A, Kody explained that Meri’s LuLaRoe business runs from inside her home, rather than in off-property brick and mortar. Well, fans heard the other Sister Wives women give that reason for why they couldn’t accommodate Meri. That came when she ended up with no place to stay after the neighbors complained. Recall she ended up thinking about booking into a hotel, which fans found very odd.

According to Kody, not only was the home ideal for her large business but it cost less than the previous home she stayed in. He referred to that small blue house we saw on the show. But here’s the interesting bit. Kody thought it was a great venue for those large family gatherings we hear about so often. On the podcast, the reference to LuLaRoe isn’t much of a surprise. While many people feel the MLM’s a bit of a scam, Meri seems extremely successful. But successful to the point that she needs such a massive inventory’s really interesting.

Nevertheless, the idea of Meri hosting those huge family functions seems rather more interesting than storage space. For a start, fans know that the Sister Wives show on TLC always seems to present the idea that Meri’s at odds with not only Kody but with the rest of the wives as well. In fact, on her Instagram, fans continually wonder why she bothers staying with the family at all. After all, they see her jetting around to conventions and cruises with the company. Many of them wonder how on earth she finds the time to even pop in for a visit.

Is Meri as estranged from Kody and the other wives as much as the show makes out?

The show’s run for years now, and if you recall, ever since the 2015 catfish incident, Meri’s pretty much brought the drama to the show. Actually, what would fans see without Meri and Kody clashing, and the other Sister Wives hating on her? Certainly, with Meri out the picture, it might end up boring. Much ado got made out of the divorce and adoption of Robyn’s kids. In fact, if Meri had no issues with the wives and Kody, is there even a storyline anymore?

Now it emerges that Meri’s big home’s the venue for all those family gatherings. But Meri’s the one that Christine feel’s brings “baggage.” She’s the wife that Janelle admitted ages ago, she can’t even find anything to say to her in the car. And, Robyn comes over as cold with Meri. Kody and Meri seldom get along, apparently. So fans might wonder why they chose her home for their big happy family gatherings?  What do you think? Is Meri really not that estranged from any of them? Sound off your thoughts in the comments below.

Remember to check in with TV Shows Ace often for more news about Kody Brown and the rest of the cast from TLC’s Sister Wives.