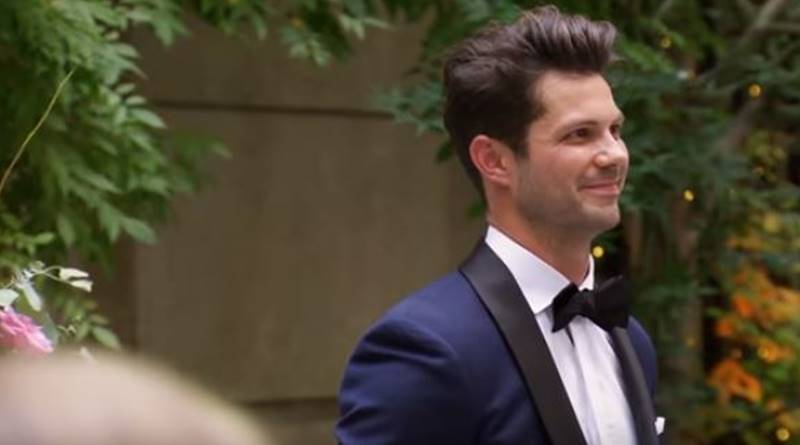 MAFS fans heard that Zach and Mindy attempted a fix on their marriage after rumors of a split came out. But, it seems no matter what Zach does, trolls see no good in him. Over on his Instagram, he slammed back at those people who think they know him and who “wildly ” base their criticisms on what they see on a TV show.

MAFS fans assume Zach only loves himself, as allegations of cheating emerged

TV Shows Ace reported that rumors came out that Zach and Mindy split on Decision Day. Fans also saw Mindy and the show’s experts suggesting that he cheated on Mindy. Fans hated him for that as so many thought he loved himself way more than he does Mindy. new later emerged that off-camera, the couple work at repairing their relationship. So, there’s still the possibility of the couple working out.

Cheatsheet noted that some fans “thought Zach seemed egotistical and self-absorbed, while others felt he was just unfortunately stuck in a situation where he didn’t feel chemistry with his partner.” Over on his Instagram, Zach got no shortage of haters and trollers. But, it looks like he’s fed up with them now, as he slammed those who make “wild” presumptions about him. After all, they only see a bit about him on Married At First Sight.

Zach shared a post about his family and thanked them for their loving support. While the post initially went up on January 17, it’s still active and critics comment over there. One troll said, “Talking in circles. That is what narcissist do when the use ‘word salad’ technique. Confuse the victim to make them look crazy. I see thru you. Just be honest with her for Pete’s sake.” Another one noted, “I really liked you first episode then cringed with how shallow you are and how into yourself you are! So disappointed! You went from a 10 to a 4, (sic). 🤮”

Then, the MAFS star got another ugly comment, and this time it was about his family. This one read, “Then maybe they should be honest with you and tell you that are too egotistical, selfish, and shallow.” Not content at that, they continued with, “Don’t worry you will find someone you’re attracted to…for a week or a night or maybe even a few months. That scenario seems exactly right for you.” The troll then accused him of being “shallow”. They added, ” I guess you just needed more ego boosting in TV to go along with that massive shallowness. Well done!” Zach slammed the troll back.

Zach came back with, “you mean to tell me you got this wildly accurate perception and prediction all based off of a reality tv show? That’s brilliant. 😉.”

My whole 🌍! Literally the most kind-hearted, genuine, and caring souls anyone could ask for. We never tell each other exactly what we want to hear, but we have each other’s back. Thank you for being my rocks, and your support all of these years has never gone unnoticed. 🥂!! #family #mysquad #squadgoals #familyfirst

Well, it certainly looks like he’s had enough of all these wild assumptions about him, his family, and his relationship with Mindy. What do you think about that? Sound off your thoughts in the comments below.

‘Siesta Key’ Season 4, Episode 5 Not On This Week & Here’s Why
Colton Underwood’s Nana Helps Him Find Love On Tinder – Did She Swipe Right?
‘Love After Lockup’ Spoilers: Why Was Courtney Arrested?
Kim Kardashian Spills What She Wants From Her Next Husband
Zach & Whitney Bates: First Photo Of Baby Jadon Free Of Tubes & Wires