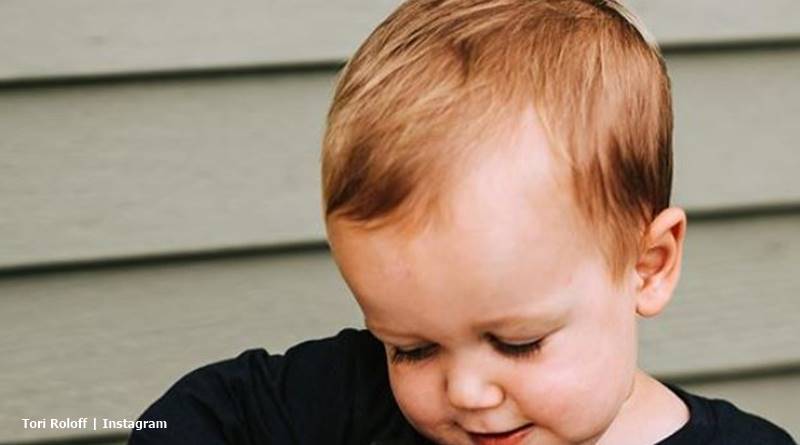 LPBW fans know that Tori Roloff loves her two kids dearly. In fact, when she apologized for sharing so much about them on social media, fans begged her to carry on. Jackson’s a sure fan-favorite on the TLC show. Now, Tori shared yet another of her son’s milestones. In her latest post, Sunday night, she said he’s now spelling his own name.

TV Shows Ace reported how Tori loves sharing photos and milestones for her kids. Now Lilah came along, fans get a double treat. Both of those tiny little people are so adorable, fans think. They can’t get enough of them. So, when Tori apologized for all the pics, they begged her to just carry right on. The two little children and their parents bring much joy to people of all ages.

Since Jackson’s birth in May 2017, fans avidly checked out Tori’s posts for pictures of her adorable son. They saw a lot of his milestones over the last nearly three years, including him sitting up. Fans saw him crawling and learning to pull himself up. In what seems like a few days, they saw him toddling around, dancing, and gaining a lot of self-confidence. Now, Tori just told LPBW fans about his latest achievement.

Tori shares about Jackson spelling his own name

The Little People, Big World star shared a cute picture of Jackson lying down in front of a row of wheeled letters. She noted how he spelled his own name. In her full caption, Tori wrote, “This kid has been so fun lately. He’s learning so much and is just so well behaved.” Tori added that she and Zach feel “blessed” as parents of the little guy.  She then said, “One of my favorite things he does lately is spell his name.”

Tori Roloff enjoys the journey with her son. As she noted, “it seems like every day he comes up with something new and I love it and am constantly entertained by him.” Then, she talked about how he’s a “great big brother.” Watching him being so sweet with his baby sister Lilah makes Tori’s “heart grow even more.” The LPBW mom ended by saying how much she loves her “Baby J.”

This kid has been so fun lately. He’s learning so much and is just so well behaved. Zach and I were so blessed to be chosen as his parents. One of my favorite things he does lately is spell his name. It seems like every day he comes up with something new and I love it and am constantly entertained by him. He’s such a great big brother and watching him with his sister has made my heart grow even more. I love you baby j!! #babyjroloff

Jackson spelling his name before he turns three – is that unusual?

Little Jackson might be slightly ahead of many kids his age. The website, Scholastic,  notes that most kids “learn to recognize letters between ages 3 and 4. Typically, children will recognize the letters in their name first.” But, bear in mind that Tori used to teach, Romper reminds readers. It’s not clear whether the LPBW star still teaches. But certainly, Jackson could benefit from that.

What did you think about Tori feeling so thrilled that Jackson’s new milestone means he spells his own name? What age did your child correctly start doing that? Were they about the same age as Jackson?  Sound off in the comments below.