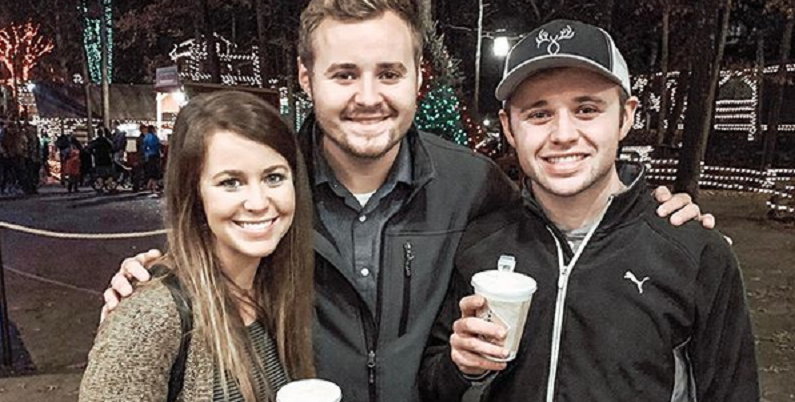 Jana Duggar promoted a t-shirt on Instagram that’s not sitting right with fans. The Duggar family can’t seem to live without controversy, due to their religious upbringing. Counting On fans can’t seem to stop watching their show even though they don’t agree with their views. Jim Bob and Michelle Duggar became famous for bringing 19 kids into the world. Some of their children have their own platform on social media. It’s clear that most of them are following their parents’ footsteps when it comes to religion and reality TV.

As TV Shows Ace reported, Jana Duggar just turned the big 3-0. Unlike her siblings, she’s not married with children. She still lives with Jim Bob and Michelle. She’s creating controversy on her own with a recent Instagram Story. She posted a photo of herself with her younger brother James. In the photo, James wore an aggressive Christian tee shirt. Jana followed up the post by encouraging fans to purchase the merchandise.

The Duggars love to wear their religion on their sleeve

Instead of wearing their heart on their sleeve, they wear their religion on their sleeve. Most of the Duggar kids have worn t-shirts that display their religious beliefs. There’s a certain type of t-shirt that has been seen on the Duggar men. As Showbiz CheatSheet reported, it all started back in April 2019 when Jedidiah Duggar posted a photo of himself wearing a tee shirt with the phrase, “If you died tonight, would you be in heaven or hell?”

Counting On fans were understandably concerned over the questionable messaging. Some accused Jedidah for scaring people into becoming a Christian. James Duggar owns a similar shirt, as evidenced by Jana Duggar’s latest Instagram Story. He was spotted proudly wearing the tee shirt.

Most fans think the tee shirt is morbid. Others feels that the message is petty considering that it’s about religion. But most fans are wondering where they can buy the shirt. Jana shared more details about the shirt in question on her Instagram Story.

“For those of you asking… this is where James got his shirt from,” Jana shared a screenshot of the tee shirt along with a link to the website. 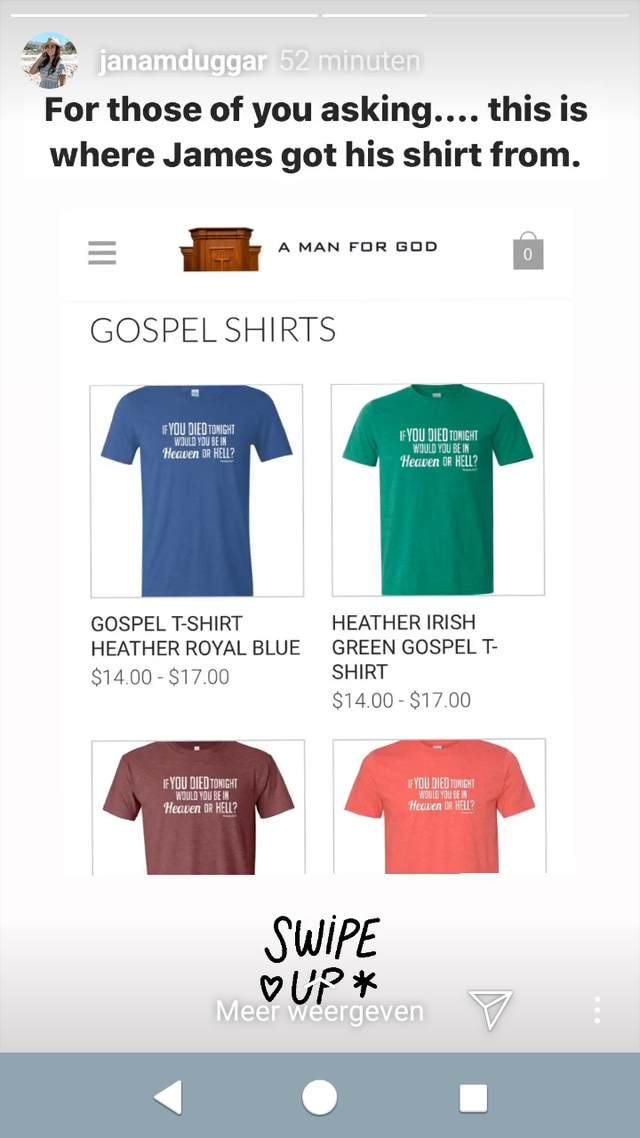 Duggar fans took to Reddit to slam the reality star for promoting the tee shirt. They argue that she shouldn’t use her social media platform to promote Christianity. Others feel that Jana and her family are forcing their beliefs on their followers. Some fans think that no one asked for the information in the first place. Here are some of the comments in the Reddit thread:

It’s unclear whether fans were really asking where to buy the t-shirt. And how much demand there is for these shirts. But, it’s not uncommon for celebrities and reality stars to promote merchandise without receiving customer demand. It’s clear that the Duggar family loves this t-shirt and won’t give it up despite the backlash.

What are your thoughts on Jana Duggar’s brother wearing this t-shirt? Do you agree that it was wrong of her to promote the shirt on Instagram? Sound off below in the comments section.

Check back with TV Shows Ace for the latest news on the cast of Counting On.